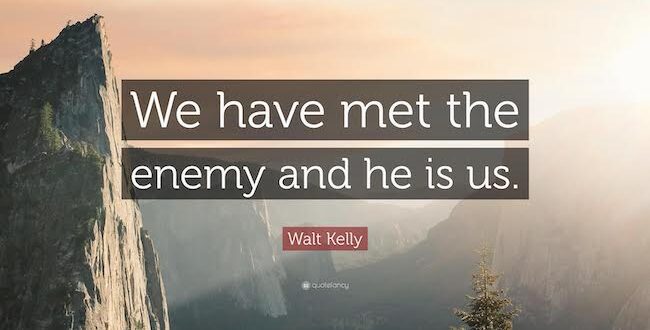 Our attempts to understand biodiversity in the world’s ecosystems provide insights into humanity’s interconnectedness – within both nature and our social structures.

Two 1988 events illustrate this. One was a National Academy of Sciences (NAS) and Smithsonian Institution-sponsored forum that produced “Biodiversity,” which are essays by leading scientists. And two, the United Nations endorsed the Intergovernmental Panel on Climate Change (IPCC).

A decade later, the NAS published “Perspectives on Biodiversity: Valuing its Role in an Everchanging World.”

This month, the IPCC and the Intergovernmental Science-Policy Platform on Biodiversity and Ecosystem Services (IPBES) published peer-reviewed results of a joint workshop on biodiversity and climate change. The document attracted comment from the scientific and mainstream press.

“Humanity must solve the climate and nature crises together or solve neither,” according to the Guardian.

The good news is that our collective consciousness is growing. We’re realizing that we depend on nature for our own well-being.

Scientists began using the word “ecosystem” in 1935 to describe interactions in natural ecological systems. Today, it’s used to reflect interrelationships of all types in the human world: the electrical grid, the political “ecosystem” and even the internet.

The “worldwide sum of all ecosystems” – the biosphere we share – provides those services to human populations across a myriad of ecoregions. Toxic fumes, polluted waters and pandemics ignore national borders. They carry toxicity and disease to neighbors.

Climate change is driven by developed nations. Its damage is felt by those less equipped to deal with it. It creates human migrations that cannot be dealt with justly.

Such awareness of these systemic interdependencies requires collaboration to solve problems that affect us all. If I were an alarmist, I would add, “before it’s too late.”

But I believe it’s not too late.

Humankind’s ultimate resource is its ingenuity. Historically, humans have squandered that ingenuity by pillaging natural resources for quick monetary gains, devising weapons of war and embracing similar unproductive efforts. The sooner such activities stop, the less we will have to rely on another human resource: our resilience. Sadly, because of global politico-religious animosities from Myanmar to Syria, tens of millions rely on that resilience because it’s all they have, until they escape – or die.

Climate change exacerbates all of this, but hope remains.

These suggestions are only a few of the recommendations. Sadly, they’re not new. Most have been reiterated over decades. An oft-quoted example is Aldo Leopold’s 1949 classic: “To keep every cog and wheel is the first precaution of intelligent tinkering.”

We humans love tinkering with nature, despite the fact our ignorance of the natural world is infinitely larger than our knowledge. We don’t tinker intelligently because we don’t know what we don’t know.

Where do we go from here?

As the IPCC-IPBES report demonstrates, the global scientific community agrees our planet faces serious problems of our own making. Government agencies, private foundations, nongovernmental organizations and UN-affiliated groups are working on different aspects of these many problems.

If the science agrees, it should be possible for governments to reach agreements about how to handle these threats. Yet, governing bodies themselves have been slow to implement substantive changes. Perhaps it’s time for faith-based communities to develop a unified global ethos for protecting our future existence.

The Yale Forum on Religion and Ecology is a good example of how scientific and sacred viewpoints can address environmental problems. Similar forums are becoming a “force of religious environmentalism … growing in churches, synagogues, temples, and mosques globally.”

The main impediment slowing such cooperation is encapsulated in a cartoon drawn for the first Earth Day in 1970. Overlooking a sea of trash, Pogo Possum observes: “We have met the enemy and he is us.”

More specifically, that enemy is each of us, within ourselves.

We can transcend these self-imposed limitations by delving inward to strengthen our own faith. At the heart of all faiths is a mandate to love and care for others. Working together, following that mandate, we can create a better world by learning to love and protect our sisters and brothers, no matter their color, nationality or religion.

As Baháʼu’lláh warned, “The civilization, so often vaunted by the learned exponents of arts and sciences, will, if allowed to overlap the bounds of moderation, bring great evil upon men … If carried to excess, civilization will prove as prolific a source of evil as it had been of goodness when kept within the restraints of moderation.”

Previous Focusing on the positive, even when it’s tough, is a lifetime lesson
Next UNDERSTANDING PRAYER: Friendship Sunday to what now?