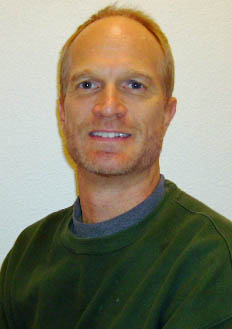 I’m always perplexed when I hear pious talk about the Big Bang theory in underhanded, atheistic tones, as if it had been made up in a dark room by malicious religion-hating ogres. It’s a good story, one that doesn’t actually involve any ogres (I hope); only figurative giants. Georges Lemaitre was an unknown physics professor with a brilliant idea. He was also a devout man who had been ordained as a Catholic priest. His religion, in my mind, gave him a distinctive perspective on the scientific data. Albert Einstein was a giant, a towering figure of the 20th century, like Goliath. He was world-famous for his Theory of Relativity, among his many other extraordinary accomplishments. Both Lemaitre and Einstein lived at a time when the ideas of cosmology were very different from today. Einstein, along with most physicists, believed in a steady-state universe. It was neither expanding nor contracting. There was no beginning and there would be no end. He was so confident of this scheme that he built it into his Theory of Relativity. Years later, he would call it his greatest mistake. 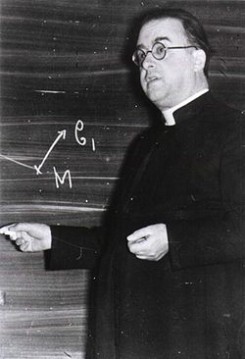 But when Lemaitre first proposed his theory of the expansion of the universe, Einstein was reported to have responded in derision, saying something, “Your math is correct, but your physics is abominable.” Einsten wasn’t alone. The term “Big Bang” was coined by Lemaitre’s fellow physicists to mock him. He was known as that Christian guy who wanted to play in astronomy. Lemaitre persisted. He continued to teach, speak and promote his theory. When Edwin Hubble published his work supporting an expanding universe, everybody took a second look, including Einstein. As more data was gathered, the Big Bang theory gained prominence. Even Einstein was won over. He proposed Lemaitre for several awards of scientific distinction. So I hope you’ll agree with me that Georges Lemaitre was no religion-hating ogre. He died in 1966, but about a year before his death scientists at Bell Labs accidentally discovered the cosmic microwave background radiation. It was an echo of the big bang. Lemaitre’s idea was shown to be true: The universe did indeed have a beginning.

Thank you for this post:)
Yes, the Big Bang and all its related subjects do not help the atheist cause… And just for your reference, the matter of the expanding universe and its origin has been a subject of debate and study for many Muslim scientists at a very early age such as Averroes (1126-1198) http://en.m.wikipedia.org/wiki/Averroes
And Al-Ghazali (1058-1111) http://en.m.wikipedia.org/wiki/Al-Ghazali

The Expansion of the Universe According to Al-Ghazali and Averroes

Abstract
In this paper we expose the difference between the views of Al-Ghazali and Averroes in respect to the question of the expansion or contraction of the universe and whether the Universe can be larger or smaller than what it is. Al-Ghazali believed that it is possible for the universe to be smaller or larger than its observed size. On the contrary, Averroes, referring to Aristotle rejection of an infinite extension, believed that the universe must have a fixed size. In his arguments, Al-Ghazali adopted the Mutakallimun point of view in respect to the creation of the Universe; while Averroes was fully occupied by the philosopher’s point of view. Astronomical observations performed during the first half of the twentieth century proved that Al-Ghazali was right.”

Thank you Hanane. I have heard of Al-Ghazali but have not seen that reference before.