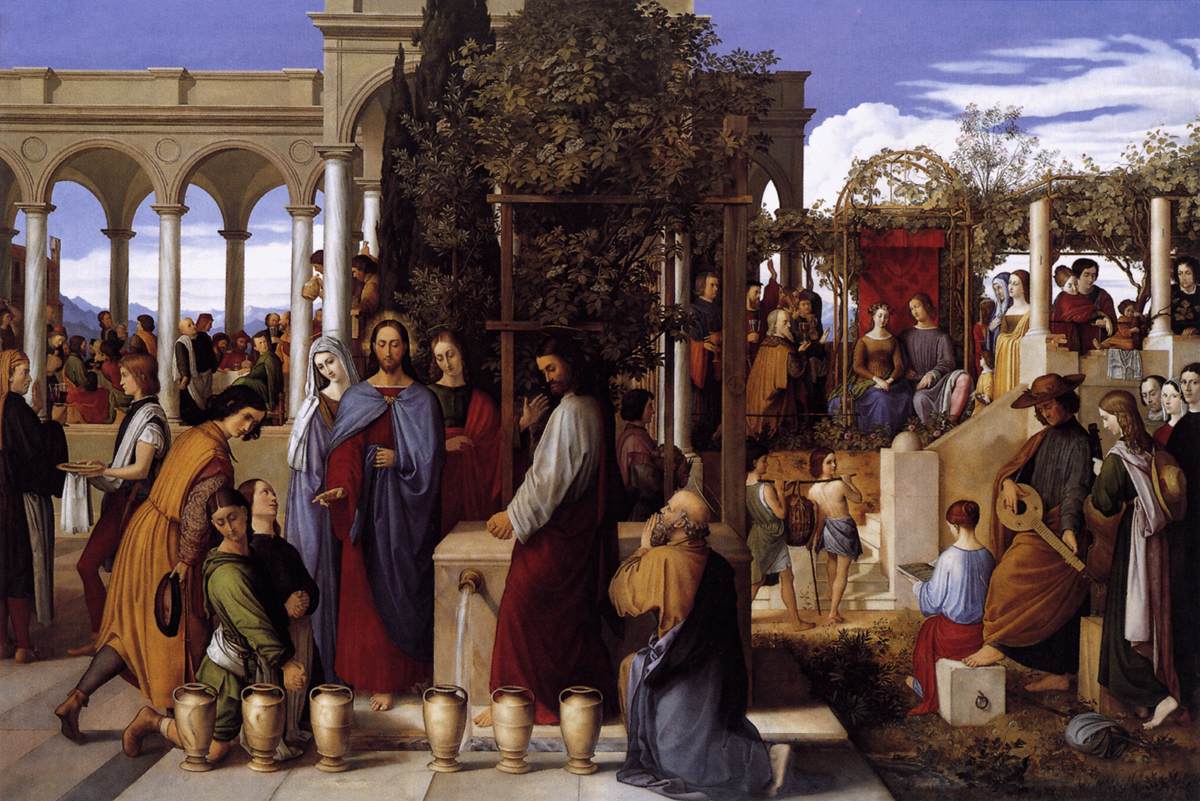 Bible Backstories: An excess of life—an account of the wedding in Cana (part 3)

Read parts one and two first.

Yeshua inclined his head to the steward. “Tell the boys to fill those jars with water.”

The steward’s eyes got very wide. “All of them?”

“All of them. Fill them full.”

And wait we did while they filled the jars with bucket after bucket of water from the well. The boys were panting, dripping with sweat, and still they went back and forth to the well. I could hear angry voices down the hill, complaints about lack of wine.

When the jars were finally full, Yeshua walked along the line of them, touching the lips of the jars with one hand, skipping one and tapping the last one twice. He called the steward over. “Fill up a pitcher and take it to Uncle Meshulam.”

“Oh, sir, I can’t take him a pitcher of water. He will call the bailiff and put me and my family in jail.”

“Here,” Yeshua handed him a cup from the closest table. “You try it.”

The steward dipped a pitcher into the jar, then filled his cup. He pushed the pitcher into the hands of the closest boy and drank. He shut his eyes for an instant, then backed away and dropped the cup.

“You! What have you done? What demon are you?”

“It’s the best wine I have ever had.”

“And do you think you will die because you have had a mouthful of the best wine?”

The man shook his head slowly. “That wouldn’t make sense.”

Yeshua smiled. “Give your master a full pitcher, and…you know, don’t explain. Tell him you just found another crate he’d put away for the feast.”

Within minutes, the hillside was in an uproar. Men who really didn’t need any more wine were roaring at Meshulam about withholding the best wine until after the lamb was gone. We continued to stand next to those stone jars. Judas looked in each jar, sniffed and shook his head.

“Did you do the math?” Yeshua said.

“Sure,” he said. “Each jar holds at least 120 gallons. You just…’found’…that old man 640 bottles of wine. With no lids to preserve it, it will be vinegar by morning. They won’t even drink one jar’s worth tonight.”

I watched Judas’s eyes blaze. “This is a total, absolute waste! You could have solved his little social problem with a couple buckets of water…”  He paused, clearly thinking about what he’d just said. “I don’t know what’s going on here…except…”  He dipped his cup into one jar.  “Except this is the best wine I have ever drunk.”

“C’mon,” Yeshua said, “let’s get us a pitcher of the best wine in the world and think about the stars.

Previous House of God, Door to Heaven
Next Is pulpit plagiarism on the rise? Some blame the Internet