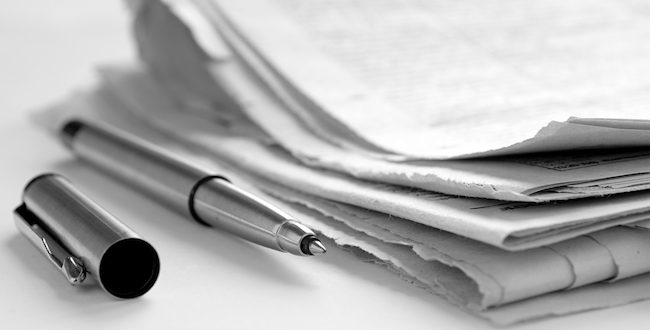 No journalist likes to admit a mistake. But correcting errors is a fundamental ethical obligation and so journalists routinely correct themselves, as uncomfortable as that might be. As a working reporter, I would lose sleep over simple mistakes, get physically ill when committing a whopper.

And mistakes are inevitable. Journalism is a human endeavor and so imperfect even if perfection – no mistakes ever – is the sought-after standard.

I was not at all surprised that Vestal corrected his earlier report. He is among the best journalists in the Northwest, careful and caring. Once alerted to problems with his earlier column I doubt he hesitated a moment before writing the follow-up.

But Vestal’s correction is exceptional in another important way; he acknowledges he let his own pre-conceived notions about COVID and its spread interfere with his professional obligation to be skeptical of the Sturgis study and dig deeper before writing.

That commitment to pre-conceived views is universal and at the heart of media distrust and notions of media bias during this difficult election season.

When we see news reports that contradict those deeply held beliefs, we discount reported facts and shout “media bias.” The response is universal and applies to all ideologies.

This aspect of human behavior explains why it is so hard to correct what we consider “incorrect” thinking with new facts. President Trump’s base is so committed that fact-check after fact-check will fail to budge that base. Bob Woodward proved with audio evidence that the president last winter lied about the COVID threat. But the base has not budged in its loyalty and still believes the president has managed the pandemic well. Do not expect those Woodward recordings to change that belief before election day.

In Joe Biden’s presidential campaign, enormous time and energy is being spent trying to lure back to the Democratic party the committed Bernie Sanders voters who believe so deeply in their progressive world view that they are willing to sit out the election. They are being bombarded with factual arguments that suggest a practical vote for Biden is as close to Sanders as they can get. But a look at social media, where so many Sanders voters live, shows the argument has yet to gain traction.

This refusal to let facts get in the way of pre-conceived notions is at the heart of so many election-season debates. It is why the “all-lives-matter” crowd cannot be persuaded that Black lives matter. It is why anti-maskers continue to defy the science that shows masks are essential to battling COVID. It is why climate-science deniers cannot be persuaded by myriad natural disasters, even as they choke on wildfire smoke.

It is why QAnon, the online conspiracy purveyor, can distribute ever more-insane theories about the so-called deep state. If you already believe in your heart of hearts that Donald Trump is the victim of a coup conspiracy then you are more likely to move one step beyond and accept the notion that the deep state is run by the Clintons, President Obama, George Soros and pedophiles who operate a child trafficking ring out of Washington, D.C. And once you accept that notion, it is not much of a leap to believe those trafficking pedophiles are Satanic demons and cannibals.

Fact checking such nonsense will not move the needle. Brain scientists, sociologists and even journalists understand minds are most likely to be changed by those closest to us. If your mother presents you with a new set of facts, you may actually listen and correct your thinking. But in the age of social media, most of us live in an echo chamber where we will de-friend even close relatives whose own ideas contradict our world view.

How extraordinary would it be if the rest of us were able to do the same?