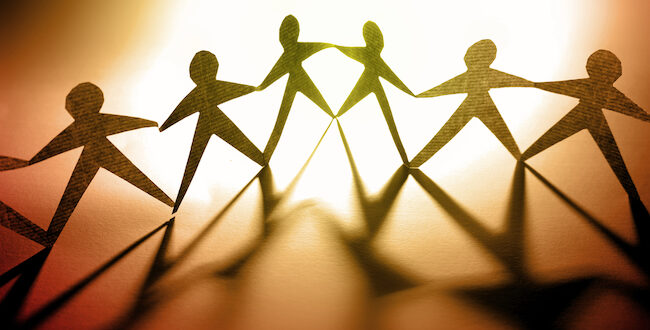 Beyond Systematic Racism — A Way Forward

Culture directs our behavior, and our mainstream culture in America appears driven by a zero-sum mentality that separates, rather than unites, people who are “different.” We’re all different, and vive la difference! We should embrace those differences and appreciate our diversity, rather than seeking to separate ourselves into “them” and “us.” Nowhere is this more obvious than in the systemic racism crippling our nation and our world.

Racism toward Black people is but one symptom of interconnected injustices. Prejudices against Latinos, Indigenous peoples, women, Jews, Muslims — ad infinitum — are often linked with poverty and environmental blight. We all suffer from institutional attitudes that perpetuate injustice. Until we begin to recognize humanity as one people, there can be no healing.

Civil disobedience erupts when reigning injustices become intolerable. Rebellions large and small since the American revolution have confronted such injustices in demonstrations about war, civil rights, women’s inequities, etc. Jim Crow laws are gone, but the institutional prejudices that crafted them still live.

For example, a recent New York Times article explored economic injustices driven by systemic racism: “The wage gap between black and white men is as large today as it was in 1950.” The central reason is “centuries of government policies that have denied opportunities to black Americans – from slavery to the Homestead Act to Jim Crow laws to federally mandated segregation that affects housing prices today,” the Times wrote.

But things are changing. On Juneteenth the U.S Baha’i administration released a statement to the American people – a healing message — on the elimination, not only of racial prejudice, but of social inequity. Citing killings and acts of violence, it addresses society’s endemic injustices: “These heartbreaking violations against fellow human beings, due only to the color of their skin, have deepened the dismay caused by a pandemic whose consequences to the health and livelihoods of people of color have been disproportionately severe.”

“This has come to pass,” it continues, “against a backdrop of longstanding racial injustice in virtually every aspect of American life. It is clear that racial prejudice is the most vital and challenging issue we face as a country.”

Yet amidst these tragedies are signs of hope. “Countless citizens,” it continues, “have arisen to proclaim the truth that we are one nation.” People are demanding specific actions to address the pervasive inequities that have distorted our society for too long. As we remember who we aspire to be, recall the ideal of “E Pluribus Unum” – from many, one — upon which America was founded.

A just society recognizes humanity as one. Founders of our nation, though slaveholders,  understood that principle in their document of civil disobedience declaring independence: “We hold these truths to be self-evident: That all men are created equal; that they are endowed by their Creator with certain unalienable rights; that among these are life, liberty, and the pursuit of happiness…”

Isn’t it time to begin living up to these truths? Believing them in our hearts is not sufficient; those ideals must create the moral imperative to act, to manifest justice in all aspects of our personal, social, and institutional lives. Such action implies social reordering more profound than anything yet achieved.

“The elimination of racism will require a sustained and concerted effort,” the Baha’i message continues. “It is one thing to protest against particular forms of injustice. It is a far more profound challenge to create a new framework for justice.” We must “build relationships with each other based on sincere friendship, regard, and trust…pillars for the activities of our institutions and communities.”

The oneness of humanity is the foundation of our future. Its realization is the inevitable next stage in our life on this planet. We can and will replace a world society driven by rampant materialism, and based on competition and conflict, with one founded upon our higher potential for collaboration and reciprocity. This achievement will mark the universal coming of age of the human race. How soon we achieve this, and how easily, will depend upon the commitment we demonstrate to this cardinal principle.

We can’t afford to lose this moment of public awareness and rejection of injustice. We must choose a course of wisdom, courage, and unity to establish that “more perfect union,” to serve as inspiration to all humanity. Joining hands and hearts we can commit to a path of justice. Together we can surely achieve this.

“So powerful is the light of unity,” Bahá’u’lláh wrote, “that it can illuminate the whole earth.”