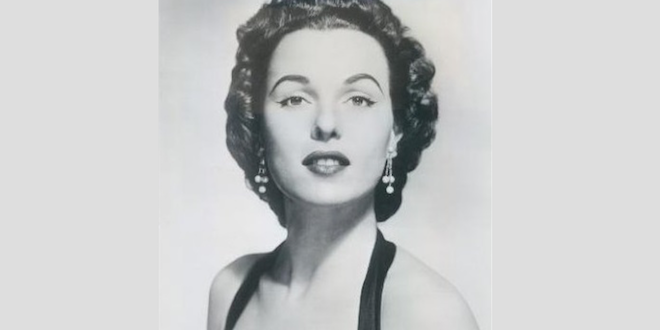 Bess Myerson on being the first (and only) Jewish Miss America

(RNS) A nice Jewish girl from the Bronx, Bess Myerson rose to fame as Miss America 1945, the first (and so far only) Jew to win the pageant. After a long career in the spotlight followed by years of solitude after a devastating political scandal in New York, Myerson died quietly at age 90 last month; media reports confirmed her death on Monday (Jan. 5).

Myerson has been compared to a modern-day Queen Esther, the beautiful Jewish woman who used her talents and beauty to advocate for her people. When her work as Miss America dried up because she was a Jew, she joined up with the Anti-Defamation League for a “You Can’t Be Beautiful and Hate” nationwide speaking tour.

Here’s Bess Myerson on her Jewish faith and identity:

“You have to understand. I cannot change my name. I live in a building with 250 Jewish families. If I should win, I want everybody to know that I’m the daughter of Louie and Bella Myerson.”

“It was the most important decision I ever made. It told me who I was, that I was first and foremost a Jew.”

“I felt so rejected. Here I was, chosen to represent American womanhood, and then America treated me like this. It was shattering.”

“At the moment I won, I looked out at the crowd in the Warner Theater and saw all the Jewish people hugging each other, congratulating each other, as though they had won. I wanted to call out to them, ‘Hey folks! Look at me! Look at ME! Am I not the victor here?”

“If the Pageant had any special difficulty with me, it was not so much that I was Jewish but that I had a Jewish social conscience. … I was determined to do something with my year, to make it mean something, to give the crown some real weight.”

“I was overqualified for everything they were giving me to do, and they weren’t giving me much. I could not complain of poor management because now I knew full well that no manager could make me a palatable Miss America in an America that rejected Jews. Whenever I didn’t get a job, I was told that the local people wouldn’t accept me, or the potential corporate employer couldn’t afford to be associated with my slightly famous Jewish name. I was expected to understand.”

“There’s a Jewish word for what I got from my ADL work: koved, pronounced like ‘covet.’ It means stature in the community. Becoming famous doesn’t bring koved. Investing your strength and substance and love in a good cause does.”