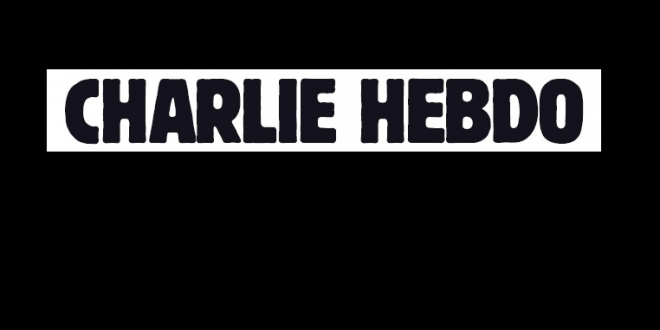 We can’t coast through life without being offended

After the horrific shooting at the Charlie Hebdo newspaper offices in Paris and following attacks in Paris stores, newspapers around the world had to make a pivotal decision. How would they cover the attacks? Would they reprint the incendiary covers that made Charlie Hebdo a target in the first place?

The decision made for an interesting discussion about press freedom, freedom of speech, and being offended, both at The Spokesman-Review, where I work as a copy editor, and among groups of my friends following the attacks.

The Spokesman-Review chose to print one of the covers in question depicting the prophet Mohammed, although they ran it on an inside page. After the story, we got letters like these: “I don’t see why you have to print something like that. I wouldn’t want to see a picture making fun of (Christianity, Mormonism, etc.) I think it is in poor taste.”

These letters and responses in some ways echoed Pope Francis’ response to the shootings, who, while decrying killing in the name of God or a religion, stated that “there is a limit to free speech.”

“One cannot provoke, one cannot insult other people’s faith, one cannot make fun of faith,” the pontiff said after the attacks.

Unfortunately for the provoked, the ability to be insulted and made fun of is the price we pay for a free and democratic discourse. While most people don’t like the idea of someone criticizing our religion, we enjoy the freedom of being able to criticize politicians in office, newspapers we don’t agree with, post blogs and critical online comments and in other ways express discontent about social and political issues we care about.

I believe, despite the NSA, that we take our freedom of speech seriously in America, and I don’t think churches and religions deserve an exception to that rule.

Salman Rushdie, in an essay for Open Democracy, had this to say about freedom of speech and religion.

Democracy is not a tea party where people sit around making polite conversation. In democracies people get extremely upset with each other. They argue vehemently against each other’s positions.”

If we’re going to live in a democracy I believe one of the joys, and liabilities, of doing so is exposing ourselves to a wide variety of different views and opinions, including those critical of our own. So how, practically, do we do this?

My personal philosophy is to, if possible, live at peace with others, and to purposefully seek out those with different points of view than my own.

One of my favorite things to do while editing is to read the opinion and letters section of the paper, where I often come across thoughts and ideas I otherwise wouldn’t in my day to day life. Some make me angry or incredulous, but I think it’s good for me.

I believe one of the tragedies of our increasingly segmented news and entertainment world is the ease with which we can surround ourselves with voices exactly like our own.

This echo chamber of mental back-scratching does nothing to challenge our point of view or long-held assumptions – rather, it allows us to comfortably broil in our own juices, all our lives if we allow it, without once encountering and really considering a dissonant opinion.

Without actually getting to know people from different walks of life, we are easily able to hold assumptions about other individuals and groups we get from the internet, TV or talk radio hosts as ineffable truth.

Of course, this way we are able to coast through much of our lives without being offended, and if we are offended, we are able to write off the words or deeds of the offender as being of little worth, the deranged ravings of ‘the other’ and not really worth listening to or considering. In this, we are dehumanizing another person.

The minute we do this, we’ve done something called ‘otherizing,’ regarding a person or social group as alien and different, which the dictionary assures me is not a real word. Numerous psychologists, however, beg to differ.

A good example of otherizing is found in the following story. Writer Tom Moon describes a situation in which he was walking down a street with friends, and someone shouted at him ‘I hope you both die of AIDS!’ Moon goes on to say that “otherizing is an innate and universal human capacity. As soon as we place people outside of the circle of ‘us’ the brain automatically begins to devalue them and to justify bad treatment of them.”

The only way to combat this very human tendency is to get to know other people on a personal level – to look beyond stereotypes and become friends with people outside our immediate circles. Extra points for reading news, literature and viewing artwork created by people from different backgrounds. Only then can we move toward a place of not only tolerating, but embracing differences, and the realization that we may not, in fact, know all there is to know.

Join SpokaneFAVS for a discussion on Religion and Freedom of Speech at its next Coffee Talk at 10 a.m., March 7 at Indaba Coffee/The Book Parlor. Backstrom is a panelist.