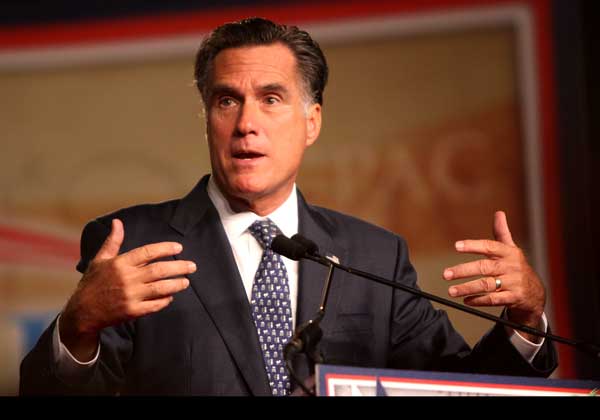 Before politics, Mitt Romney was a Mormon bishop

The Mitt Romney whom many Americans see today is often depicted as wealthy, wooden and out of touch with the working class. To some, he seems gaffe prone, detached, even distant.

But that’s not the man Boston Mormons knew in the late 1980s and early ’90s, when many saw him as an eloquent speaker, a compassionate counselor and a creative problem-solver, generous with his money and quick to help any in need.

Are the two guys related?

While Romney was building his career at Bain Capital, he was also a Mormon bishop (equivalent to a pastor) and a stake president (presiding over several area congregations) in suburban Belmont, Mass.

As a religious leader, Romney met weekly with students, teachers, immigrant converts and Utah transplants. He had to learn how to give sermons, advise squabbling couples, organize worship services, manage budgets and address the diverse spiritual needs of more than 1,000 Mormons in the region.

By most accounts, Romney was a good listener, a measured thinker and an innovative manager who considered various positions before making decisions. He was occasionally willing to work around bureaucratic edicts from Salt Lake City, such as allowing divorced men to continue in their leadership positions.

When LDS Family Services refused to place a baby with Brett and Janna Sorensen because Janna planned to return to work, Romney backed the couple. Eventually, the policy against adoptions for working moms changed.

To most members, Bishop Romney was pragmatic and open.

Given Romney’s experience in the working world, friends say, he was attracted to competence. He chose men with keen expertise as his two counselors in the stake presidency.

“I don’t think Mitt cares whether people are male or female, rich or poor, Republican or Democrat, old or young,” said Helen Claire Sievers, director of the WorldTeach program housed at Harvard, “but he really cares about their competency.”

Romney was “comfortable in his skin,” recalled Philip Barlow, an expert on Mormon history and culture at Utah State University, who was one of Bishop Romney’s counselors. The future Republican front-runner even showed off his “moon-walking” skills one day, gliding backward in a smooth imitation of Michael Jackson.

Like some Mormon leaders, insiders say, Romney could be insistent on the rightness of his position. He was used to dictating actions, then having the members raise their hands in support. That didn’t work so well with feminists.

Though sometimes progressive in his approach to women’s issues, Romney nonetheless was a product of the church’s male culture of the time. He didn’t initially believe, for example, that there were cases of physical or sexual abuse of women in his stake, though plenty of evidence pointed to it.

As a young bishop, Romney got word that Carroll Shelton, a woman in his ward, was considering an abortion. This was Shelton’s sixth pregnancy. She was in her 40s, had four teenage children and had developed medical complications. Her stake president had already approved the procedure when Romney arrived at the hospital and forcefully counseled her against it.

Peggie Hayes, a single woman with a child, was in Romney’s ward when she became pregnant. She alleges that Romney threatened her with excommunication if she didn’t put up the baby for adoption, Boston Globe reporters Michael Kranish and Scott Helman write in their book “The Real Romney.”

“Give up your son,” was the message Hayes said she got from Romney, “or give up your God.”

Romney has denied the story, and Ronald Scott, author of the recent “Mitt Romney: An Inside Look at the Man and His Politics,” doubts it happened that way.

“Local members do not recall a single person who was excommunicated or disfellowshipped while Mitt served as president of a stake that probably has as many religiously rococo and fiercely independent academics, writers and thinkers as any in the church,” Scott said.

Besides, Scott noted, threatening excommunication like that would have been against the rules — and Romney was a rule-follower.

Mormon women in Boston still talk about an extraordinary 1993 meeting Romney called to address the women of the stake. One by one, the more than 250 women called out their issues while he stood at the front with three pads labeled: policies we can’t change, practices we can change, and things we can consider.

“I was really surprised,” Sievers said. “He implemented every single suggestion that I would have.”

Not long after Grant Bennett fell off a ladder and broke his foot while trying to dislodge a hornet’s nest outside his second-story bedroom, Romney came to offer sympathy and show Bennett a smarter way to deal with the festering insects — from inside.

Before Doug Anderson had even finished getting family out of his burning house, Romney showed up with a brigade of neighbors to salvage beloved belongings from the remains.

Barlow, from Utah State, does not support Romney’s politics but believes his former bishop has been unfairly caricatured in the press.

Asking the candidate to “appear more informal is ironically asking him to become less authentic so that he can appear as more authentic,” he said. “We ought to allow him to be who he is and make our judgment on that basis.”

Tony Kimball, who served as executive secretary during Romney’s stint as stake president, saw Romney as “very warm and outgoing.” Although some Mormon feminists back then nicknamed Romney “the plastic man,” that wasn’t Kimball’s experience.

Even so, “the hard-line profile he seems to be pushing is light-years away from where he was when he was stake president.” In this current incarnation, Kimball said, “I have absolutely no clue who this guy is.”