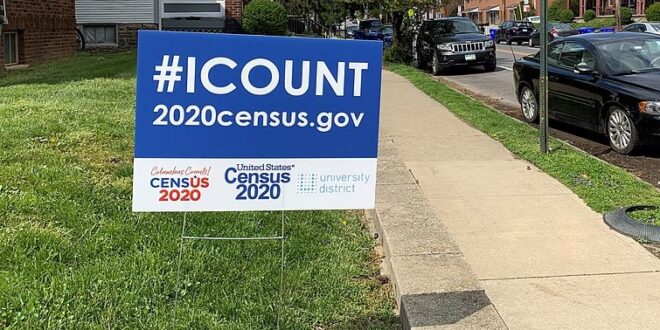 Been Around the Block A Few Times: Trust Me! Confessions Of A U.S. Census Enumerator

Now that I’ve been around the block a few times, there are a few things I’d like to get off my clipboard regarding the work of an “enumerator” for the U.S. Census Bureau. For the record, the experience of ringing doorbells for the expressed purpose of gathering personal household information is not for the faint-of-heart. And yet, it may be for the out-of-work.

Such was my condition; after 33 years of ordained ministry in the Presbyterian Church (USA) and after nine years as an adjunct professor of philosophy and humanities at Eastern Washington University, I had the feeling of sinking in a bog (with only the Unemployment Agency there to pull me out). As of the end of March, not only did the Covid-19 pandemic hit the proverbial fan—so began my stint as a caste-member of an ever-expanding drama. Applying to work for the Commerce Department never occurred to me. But, in desperation, I filled out the requisite documentation, jumped through the background hoops and received the welcome news: on April 1, the official Census Day, I’d join an elite crew of calculating commando’s, and to the glory of the Constitution, and to honor of Alexander Hamilton, we’d take the demographics of the inland northwestern U.S. by storm.

Well, not so fast. The higher-ups in the bureaucratic hierarchy thought a tweaking of the April Fools Launch was in order, and fast forward to the month of August, and here I am, a not-so-direct descendent of what in 1790 became the patriotic epoxy that held the disparate populations of the new nation together. Here I am, and here I stand. And yet, even with that auspicious history in the air, and with everything from representative democracy to road improvements on the line, there arose, in this spurious time, a noisy cadre of noncooperative households. That is to say, in my limited experience as a calculator of the countable citizens and non-citizens, who reside here, many would just as soon remain uncounted altogether.

What is this? Who the hell are you? Upon handing out the official U.S. Census Information sheets, one per threshold, the verbal responses run the gamut… and the gauntlet! I’ve encountered folks, pulling weeds in their yards, who offer me a bottle of water. I’ve also been called a “Communist,” and had a door slammed in my face. There have been posted signs, threatening Armed Response to Trespassers (which technically-speaking, all enumerators have been commissioned by the U.S. Government to be). And there are, thankfully, those jovial practitioners of hospitality and hilarity, who enjoy telling me their origin-stories.

All in all, it’s not a bad, temporary gig—coming around once every decade.  And I suppose, as an quasi-introvert, there are worst things to do (for the paycheck) than ask strangers for their first and last names, their birth dates, and how they’re related to Uncle Jesse and Aunt Maude, and whether or not they’re “of Hispanic, Latino or Spanish” ancestry…  I suppose. One thing that might be worse is to ask them to loiter there, while I run through a list of races, and ask them to choose one or more. And my favorite (sarcastically speaking) is to hover over the binary choice of “male” or “female” and invite the respondent, who may be transgender, to identify one or the other. My sense, after five weeks of engaging in such awkwardness, is that following the dictates of this portion of the Constitution will not be without risk, and may prove riskier as the decades roll on. Facing facts like these is hard, but the reason it’s so difficult is that foreboding feeling that certain intimate details ought not be exposed to the light of day. And the reason for this ‘ought not be’ gut-reaction has its roots, I suggest, in a profound paucity of trust. Simply put—there is a deficit of appreciation for what used to be called, ‘The Common Good,’ and the anecdotal evidence is glaring through every peephole, and every C.C.D. camera.

In early September, the rage of one respondent sounded like this: “If the Federal Government wants to know how many people live here, it can look at the taxes I pay!” And yes! I suppose that amorphous entity, known as the Internal Revenue Service, might take a gander at those numbers. But here’s a fellow taxpayer, whose job it is to find out who you are and how society might renew its tacit contract regarding your most, up-to-date needs. Every precaution has been undertaken to preserve your privacy, and to hold accountable those who might misuse the data that’s been captured.  Moreover, here’s your opportunity to declare that the members of your household belong to other households, and that the privileges of the wealthy, with plush acreage to spare, do not outweigh the burdens of the middle or lower-income brackets, who safeguard their precious square-footage. Not much of this, I’m afraid, registers with people.

And so, the Common Good!

From Alec de Tocqueville’s “Democracy in America,” published in 1835, to Robert D. Putnam’s “Bowling Alone,” published in 1995, an array of social scientists have served up dire and prescient warnings regarding the vulnerabilities that appear to have come to fruition in 2020. Graffiti scrawled on the walls of  police precincts as well as Facebook-feeds confirm the same sentiment.  Something is happening to the invisible currency of trust.

“What frightens me most,” wrote Tocqueville in the 19th century, “is the danger that, amid all the constant trivial preoccupations of private life, ambition may lose both its force and its greatness, that human passions may grow gentler and at the same time baser, with the result that the progress of the body social may become daily quieter and less aspiring.”

Putnam’s echoes, the mid-1990’s, are unmistakable:  “A society of many virtuous but isolated individuals is not necessarily rich in social capital.”

And consequently—“People divorced from community, occupation, and association are first and foremost among the supporters of extremism.”

If, then, extremism is the unfortunate destiny of these United States of America, perhaps the only caveat to that dystopian future is that somebody, behind some doorway, assumes the risk and takes responsibility for this tenuous experiment.  And if my performance of the door-to-door ritual of the 2020 U.S. Census has taught me anything, it is that occupiers of the gated community ought to venture beyond their rod-iron fencing and perhaps risk a mask-wearing conversation with the rowdy residents of the trailer park. Similarly, listening to the children counting off, during a game of hide-and-seek in the apartment complex, does not sound that different from the recitation of digits overheard in the verdant backyards of a newly developed parcel of land… “Ready or not, here I come!”

Previous Ways to Keep Your Faith Strong: Tips for College Students
Next Where We Call Home