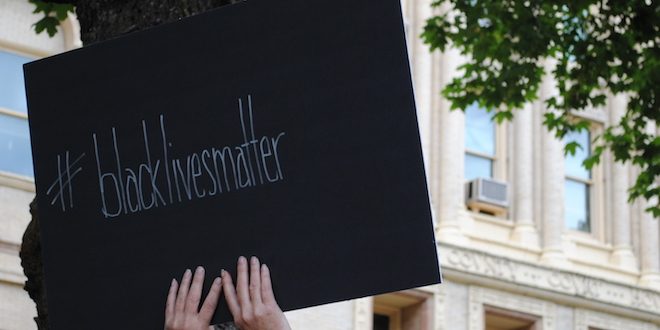 Not long ago, people gathered in the streets in cities across the nation to protest police brutality against Black individuals and proclaim that Black lives matter. There has been some promising news in response to these protests: the officers responsible for killing George Floyd and Rayshard Brooks have been charged with murder, and Spokane’s proposal to reduce police oversight has been rejected.

But there is still much to do be done in the fight for racial equality and justice. It has been over four months since Breonna Taylor was killed in her own home and the officers who broke in and shot her have faced no legal repercussions. Police officers continue to be sent to deal with situations more suited for social workers or counselors. Protests in cities like Portland have been met with excessive military force. And the chorus of voices crying out for justice across the country has largely tapered off.

As news stories begin to feel more distant and our adrenaline dies down, we must not let white apathy overtake us and prevent us from doing the work that still needs to be done. When we ignore racism, our Black and Brown siblings continue to live in jeopardy of police brutality and vigilante violence.

Layla F. Saad in her book “Me and White Supremacy” describes white apathy as the feeling of unconcern toward racism people often have when we benefit from white privilege. I am not at risk of being targeted because of my skin color, so it is easy to become apathetic toward racism and to ignore it. As Saad writes,

“White apathy lacks aggression, but it is deadly in its passivity. Through detachment and indifference to racial harm, white apathy says, ‘It’s really sad that this is happening, but it’s not my problem.’ White apathy therefore tries to enforce this idea that white supremacy is a problem inherent to BIPOC [Black, Indigenous, and People of Color] and not a problem created and maintained by people with white privilege. White apathy says to BIPOC, ‘I wish I could help with your cause. But unfortunately, I’m just too busy right now. Unfortunately, I’m just too tired right now. Unfortunately, it’s just not a priority for me right now. Maybe when I can clear a bit more space for myself, I can make some time to come help you out. Until then, all the best.’” (128)

My fellow white people, we cannot become bored or tired with the fight for racial justice. It is tempting, I know, and I often want to ignore the news and live in the bliss of my privileged ignorance. But we MUST:

And we must not stop until justice rolls like a river. (Amos 5:24)

Previous Ask A Jew: Wearing the Star of David
Next Ask A Muslim: End Times