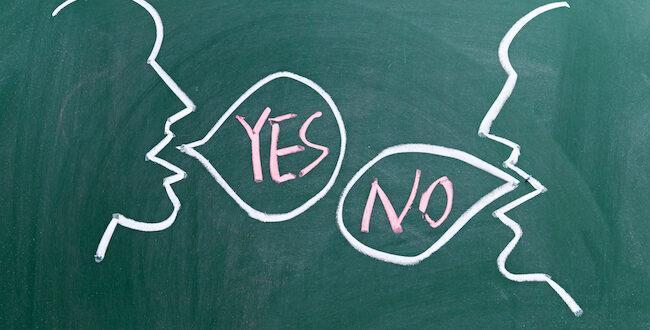 Avoiding conflict out of fear can have devastating consequences

Avoiding conflict out of fear can have devastating consequences

I like conflict about as much as I like this heat wave. I’ll do anything to avoid it.

I won’t send food back at a restaurant. I’ll dodge engaging with friends about divisive issues. I pretend not to hear if a passive-aggressive comment comes my way.

If I see tension brewing among friends or colleagues, I try to ease it with a dumb joke.

For as long as I can remember, I’ve been this way.

In middle school I donned an orange “peer mediator” vest and patrolled the playground, making sure everyone was getting along.

My pastor back then, Ed, said it was a spiritual gift. I was a peacemaker, he said, and would be blessed and called a child of God (Matthew 5:9).

But I’m not so sure conflict avoidance is a spiritual gift. It’s a people-pleasing behavior rooted in a fear of upsetting others.

Now that I think about it, it makes a lot of sense that I’m this way. The messaging from my childhood faith community (the cult I’ve written about numerous times) was subtle, but impactful:

Pushing back in any form, or standing up for myself, was considered rebellious or being strong-willed. And those qualities were considered demonic.

Even though I left the group two decades ago and intellectually know what I was taught wasn’t right, its poison is still in my system. I still fret over imposing on someone or distressing them. It feels selfish, sinful.

I’m finally learning, though, that conflict doesn’t always have to be something to run from. There’s such a thing as healthy discord.

I had the opportunity recently to put this to the test.

A good friend of mine became upset with me and I didn’t know why. I could sense it through a curtness in our conversations. For months I ignored it. I felt our friendship slipping away and at times it would keep me up at night. Still, though, I avoided confronting her.

But a question kept nagging at me.

I thought, what’s worse? Us both being temporarily uncomfortable and talking it out, or letting a meaningful friendship silently slip away?

Finally, I sent her a note and said we needed to resolve the tension between us. And she agreed.

What followed was a heart-to-heart conversation we desperately needed. The strain in our relationship was fueled by concern, and misimpression. We’re OK now.

This taught me that the two ingredients to healthy conflict are trust and respect.

Respect went only one way in our “church.” We regarded the apostle, the elders, prophets, pastors – but it wasn’t returned. And they only trusted themselves. Of course, then, any conflict would be toxic. Conflict resulted in exile.

I still fear conflict , and I’d be lying if I said I still won’t try to avoid it. However, I’m learning, and trying, to approach it with a better attitude.

I know moving forward not every dispute will come with mutual respect and trust.

Those conflicts will resolve themselves how they’re supposed to.

But no matter what, seeking resolution is better than hiding.

Perhaps harmony will be the end result, even if it’s just internally.

Previous Prophet Abraham and Hajj
Next One Year with FāVS