If We’re Facing the Apocalypse, Must We Go Down Arguing? 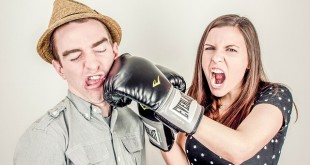 When I have seen any argument relying on a literalistic interpretation of the Bible that ignores the last 400 years of enlightenment and scientific scholarship, I might have, out of my bitterness, overreacted.

END_OF_DOCUMENT_TOKEN_TO_BE_REPLACED

Thou Shalt Not Kill: So Let the State Do It — 4 Moral Findings

We were taking with us messages and information from many who opposed the laws mandating the state legal system to seek the death penalty for those convicted on the heinous crime of murder.

END_OF_DOCUMENT_TOKEN_TO_BE_REPLACED

I was immediately impressed with his humility, his scholarship, his adherence to scientific and historical methods.

END_OF_DOCUMENT_TOKEN_TO_BE_REPLACED

Jesus’ Life and Words or Resurrection? His Life or Death

The earliest followers of the way rarely mentioned a resurrection. Paul only did so in his later writings.

END_OF_DOCUMENT_TOKEN_TO_BE_REPLACED

“Gospel of Jesus” is a must read for progressive Protestants

What is the message of Jesus while he was still alive, before the writers told stories that conformed to their politicized agendas?

END_OF_DOCUMENT_TOKEN_TO_BE_REPLACED

Brueggemann finally nails it with “Ice Axes for Frozen Seas: A Biblical Theology of Provocation”

Having gone to Texas Christian University and closely associating with Brite Seminary in Ft. Worth, Texas, it is hard for me to say anything good can come out of the Baylor Baptists, yet their press has published the book I would place on the top of 2014’s must read list.