END_OF_DOCUMENT_TOKEN_TO_BE_REPLACED

Five things Pope Francis should do while imprisoned by the pandemic 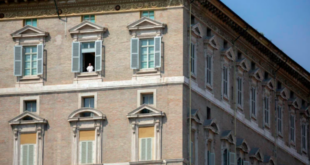 Francis has become a prisoner of the Vatican, the very thing he never wanted to be. What should he do with all his extra time?