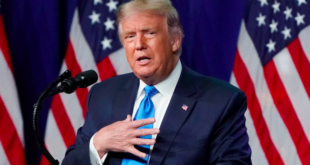 I don’t know the motive behind any congressional official’s vote to impeach President Trump a second time, but I think (and hope) that Americans want justice in matters like this.

END_OF_DOCUMENT_TOKEN_TO_BE_REPLACED

Ask An Evangelical: Baptism and Salvation

Baptism is important but is not necessary for salvation.

END_OF_DOCUMENT_TOKEN_TO_BE_REPLACED

Ask An Evangelical: When Pop Culture Clashes With Your Beliefs

My response to pop culture products that clash with my religious beliefs has been an ever changing process, and likely will continue to be, though it can now be summed up in two words: Identify and Avoid.

END_OF_DOCUMENT_TOKEN_TO_BE_REPLACED 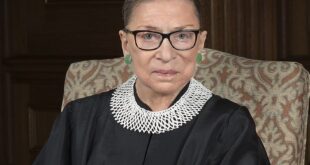 Their common denominator; pushing to hold off the vote until the conclusion of the presidential election; increases the chance that ‘their side’ will be in the White House and with that, the justice they want to see nominated.

END_OF_DOCUMENT_TOKEN_TO_BE_REPLACED

He further points out that Jesus knew people’s thoughts (Matthew 9:4; Mark 2:8; Luke 6:8) and so did God (Genesis 6:5; Psalm 139), but he was not aware of any place in Scripture where we learn that demons can do the same thing.

END_OF_DOCUMENT_TOKEN_TO_BE_REPLACED

But regardless of which side of the political aisle I occupy, and that’s the point of this article, when it comes to a president doing their job and filling a vacancy on the Supreme Court, I don’t think there should be a partisan fight about the process.