“Noah” and cinematic reimagining of the Bible

Darren Aronofsky’s "Noah" is an epic reimagining of a biblical myth. It is the reimagining (not so much the myth) that has troubled certain kinds of Christians who have engaged in their predictable practice of critiquing a film without taking the time to see it.

END_OF_DOCUMENT_TOKEN_TO_BE_REPLACED

“Remembering King primarily for his struggle against segregation is to misremember him.” Matthew Rindge Stop celebrating Martin Luther King Jr.

END_OF_DOCUMENT_TOKEN_TO_BE_REPLACED 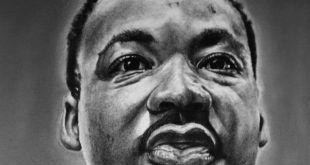