Maimoona Harrington was born and raised in Pakistan moved to the United States with her family in 2008. She is married and a mother of two sons. She has a bachelor’s degree in Islamic studies and sociology from Pakistan and a bachelor’s degree in Middle Eastern Studies from United States. Along with her career as an interpreter, translator and monitor she is also an Islamic and Pakistani Culture Adviser. As a practicing Muslim with the extensive world travel and living in the West, she has devoted herself to spread awareness of Islam as a goodwill gesture. In an effort to do this she started writing from her own personal experiences with religion, beliefs and life in a different culture. She also has special interest in all the religions and how and why they are all important to its followers. Her primary focus is on the co-existence and harmony between all human beings. Her message is to spread peace not division. She strongly believes that if you want to be closer to your creator then love His creation unconditionally and expect nothing in return for He loves us unconditionally and forgives us no matter how sinful we are!

A message of equality: The story of Bilal ibn Rabah al-Habashi 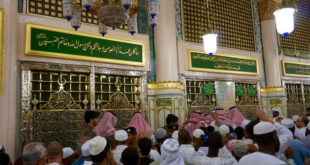 END_OF_DOCUMENT_TOKEN_TO_BE_REPLACED

Ask A Muslim: Islam and Homosexuality

Islam and its sacred texts emphasize on living and leading a good life and its interpretation on homosexuality or many other subjects and issues vary between its various sects and communities from state to state and culture to culture.

END_OF_DOCUMENT_TOKEN_TO_BE_REPLACED

Islam is one of the Abrahamic religions and also shares the belief in the end times and resurrection like Christianity and Judaism.

END_OF_DOCUMENT_TOKEN_TO_BE_REPLACED

Ask A Muslim: Hijab at Home

The only exception of not wearing a hijab is in front of a “mahram.”

END_OF_DOCUMENT_TOKEN_TO_BE_REPLACED

Heaven Lies Beneath the Feet Of Your Mother 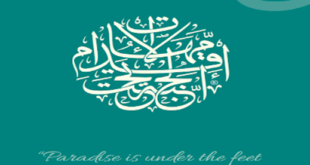 According to the Quran (Islam's Holy Scripture) and Sunnah (actions and sayings of the Prophet Muhammad, pbuh), treating our parents with respect and love is an act of worship.

END_OF_DOCUMENT_TOKEN_TO_BE_REPLACED

This Ramadan Is Unlike Any Other, But Remember: God is Everywhere 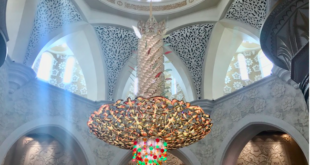