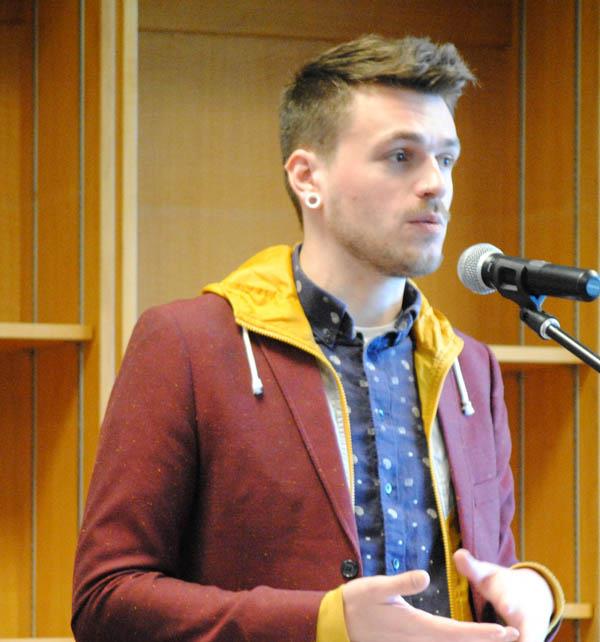 Author to students: Atheists and believers can work together

Chris Stedman, author of “Faitheist,” visited Eastern Washington University and the Compassionate Interfaith Society on Monday to talk about the importance of atheists and theists working together for the common good.

He started by telling his story about realizing he was gay, and how that pushed him away from his Evangelical church and ultimately into the atheist community.

But being an atheist left him unsure how to communicate with his religious friends, prompting to seek ways atheists and believers could work together and learn about one another.

By developing relationships and focusing on commonalities, believers and atheists can reconcile their differences and work toward a better, pluralistic world, Stedman says.

Previous Violence, terrorism is an act of despair
Next LDS decor at home