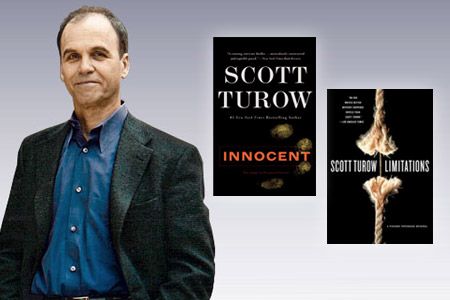 The Gonzaga University School of Law will kick off the yearlong celebration of its centennial with a lecture by author Scott Turow at 7 p.m. on Sept. 20 in Gonzaga’s Martin Centre.

Turow’s lecture, titled “Where Are You Perry Mason?”,  will explore the popular image of lawyers, the power of attorneys in U.S. society, their perceived dark sides and their ideals as reflected in contemporary culture and media, according to a news release.

A book-signing event and reception will follow the lecture. The events are free and open to the public.

The reception also will include sales of the newly released Law Centennial Book, “Celebrating Gonzaga School of Law: The First 100 years,” written by local journalist and film critic Dan Webster.

Turow has penned nine best-seller fiction titles, including “Presumed Innocent,” “The Burden of Proof,” and “Reversible Errors.” He has been featured on the cover of Time magazine and serves as the president of the Authors Guild, which Turow calls “the authoritative voice of American writers.”

He has been a partner in the Chicago office of SNR Denton, an international law firm, since 1986, concentrating on white-collar criminal defense, while devoting a substantial part of his time to pro bono work, (voluntary and without pay or at a reduced fee as a public service), according to a news release. He has served on a number of public bodies, including the Illinois Commission on Capital Punishment, which recommends reforms to Illinois’ death penalty law. Turow also served as the first chair of the Illinois Executive Ethics Commission, created in 2004 to regulate executive branch employees in Illinois state government.