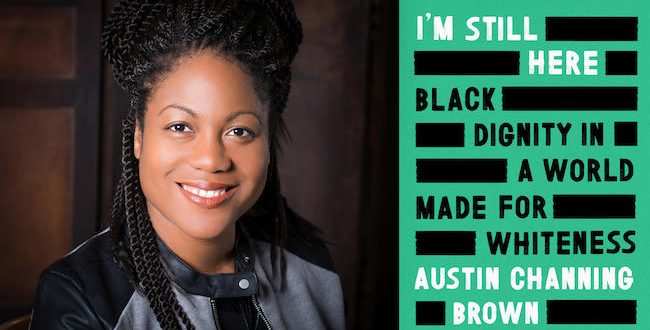 Austin Channing Brown, a prominent new voice on racial justice and author of “I’m Still Here: Black Dignity in a World Made for Whiteness,” will be the featured speaker at Whitworth University for African American Heritage Month on Tuesday at 7 p.m. in Weyerhaeuser Hall’s Robinson Teaching Theatre.

Her book, released in May 2018, quickly rose to the top of Amazon’s best-seller list and has received high acclaim from many reviewers.

Brown’s first encounter with a racialized America came at age 7, when she discovered her parents named her Austin to deceive future employers into thinking she was a white man. Growing up in majority-white schools, organizations and churches, Brown writes, “I had to learn what it means to love blackness.”

According to a press release, she has worked with nonprofits, churches, parachurch ministries and universities in both the urban and suburban context for the advancement of racial justice and reconciliation. Most recently she served as a resident director and multicultural liaison at Calvin College.

During her talk at Whitworth Brown will explore the topics of racial justice, black womanhood and the current state of today’s world.

If everyone who reads and appreciates FāVS, helps fund it with a tax-deductible donation, we can provide more news like this. For as little as $5, you can support FāVS – and it only takes a minute. Thank you.

Previous Super Bowl: GOAT and ScapeGoat
Next Ask A Buddhist: Becoming a Buddhist