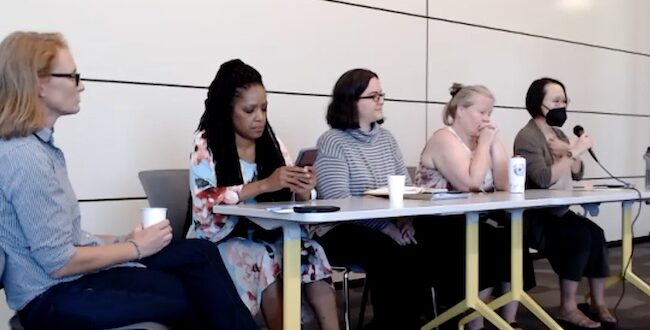 Coffee Talk panelists speak at a FāVS event in August 2022

On Sunday SpokaneFāVS hosted a Coffee Talk where panelists continued a previous discussion on Building Dialogue for Justice in Response to Hate & Violence.

The first conversation took place at the June Coffee Talk and can be viewed below.

The next SpokaneFāVS event will be in September. Details coming soon.

Previous What are the Laws and Ethics Behind Cannabis Legalization?
Next Freewill: What the Eastern Orthodox Church Teaches