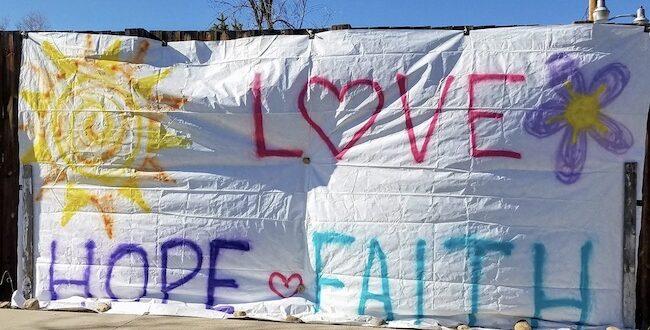 A sign expressing Love, Hope and Faith is displayed during the pandemic in May 2020. Photo by Xnatedawgx/Wikipedia/Creative Commons

At the end of a mixed political year: Love, hope and faith abide

At the end of a mixed political year: Love, hope and faith abide

As we come to the end of this politically tumultuous year that began with an insurrection at the Capitol, I am reflecting not only on 2021, but also on the ways political life in the United States has changed in the past decade. I am leaving my role as general secretary of the Friends Committee on National Legislation — a Quaker advocacy and educational organization that I have led since 2011.

While I can name both successes and disappointments with Congress and three administrations over the past 10 years, I remain convinced of the imperative for human-centered public policy that is morally and spiritually grounded.

January 2021 brought the inauguration of a new president, with a hope of less divisive and vindictive ways than the past administration. But the violent insurrection at the Capitol on Jan. 6 laid bare the profound differences in expectations of government — who is served and the very meaning of democracy.

Although American democracy did not die that day, it did reveal the harsh reality of a persistent white supremacy that continues to prevent the full realization of equity and justice for all.

Despite the traumatic start of the 117th session of Congress, the demands of the pandemic caused Congress to come together to pass the American Rescue Plan, providing desperately needed COVID-19 relief to families. This included an extension of the child tax credit, a pro-family income support, that has substantially reduced child poverty in the past few months.

Early in 2022, Congress will again have the opportunity to vote in support of this common-sense program that invests in children and families through the Build Back Better legislation. This is human-centered public policy that gives immediate and long-term benefits.

This year also saw bipartisan infrastructure reform pass in Congress, paving the way for more than $1.2 trillion to be invested in the nation’s “hard” infrastructure. The human-centered impact of this legislation means safer drinking water from eliminating lead pipes; access to broadband to bring internet to rural areas, including Indian country; major investments in electric vehicle infrastructure to reduce carbon output; safer bridges and roads; and better public transit.

There have also been areas we have not seen as much success as we had hoped. Congress has consistently given bipartisan support for increasing the Pentagon budget every year without regard for the impact of its more than $705 billion budget on the federal deficit. It also virtually ignores the profligacy of defense contractors. This excessive annual expenditure of taxpayer dollars breeds militarism and does not make our country or our planet more secure.

Considering the gravest threats we face to our lives and livelihoods — climate change, pandemics, inequality, migration — the better investment is not in weapons of war, but in people and the planet. We should all expect our elected officials to put people and the planetary imperative above corporate profits and personal power.

My faith calls me to try what love can do. As a Quaker, I am called to work for peace, for equity and justice, and for an earth restored. The faith, hope and love that compel our advocacy at FCNL reflect values that I see among faith-based organizations. They consistently call on Congress to enact laws that promote racial, economic, environmental and migratory justice. We advocate for ending wars, stopping gun violence and promoting human and civil rights at home and abroad.

We do not expect change to happen in one year or 10 years, but we do expect progress and we do hold one another accountable — whether we agree on policies or politics — for a more equitable and just society. Our country and humanity are stronger when we recognize the inherent dignity and worth of each person.

As I step away, I leave with confidence in my successor, Bridget Moix, the fifth FCNL general secretary since our founding in 1943. I leave with hope and faith in the spirit and solidarity of my colleagues in the faith-based advocacy community. And I leave with the prayer that we will learn to love our neighbors — without exception.