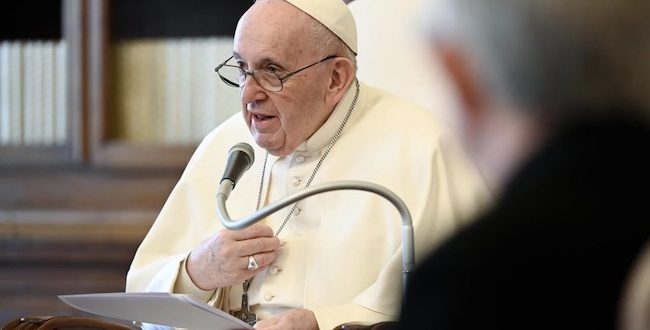 VATICAN CITY — After decades of child sexual abuse scandals, the Catholic Church is ready to share its successes — and failures — with other religious and lay institutions.

At an April 8-10 online symposium with religious representatives from around the world, Pope Francis expressed his hope that together, religions can fight “this profound evil.”

“Faith and Flourishing: Strategies for Preventing and Healing Child Sexual Abuse,” organized by the Human Flourishing Program at Harvard University, brought together 73 speakers from different religious, cultural and professional backgrounds last weekend to address the phenomenon that has touched nearly every major religious group in the world.

The pope’s message was delivered by Michael Hoffman, a clergy child sexual abuse survivor and activist who found a way to reconcile his faith with the abuse he suffered at the hands of a Catholic priest.

The online summit coincided with the National Child Abuse Prevention Month and Sexual Assault Awareness Month in the United States. One in 4 girls and 1 in 13 boys experience sexual abuse at some point during childhood, according to reports by the Centers for Disease Control and Prevention. Most cases take place in the household at the hands of family members, but the symposium also addressed the impact of pedophilia in many other sections of society, from schools, to sports, to scouts and, of course, religious institutions.

“By listening to those who have been hurt so grievously, we begin to understand much better why it’s important for faith communities to step up and acknowledge the harm that has been done in their midst,” said the Rev. Hans Zollner, a Jesuit priest and president of the Center for Child Protection at the Gregorian University in Rome, speaking at the online event.

“Religions can come together in the fight against sexual abuse of men, women and children,” he added.

Zollner, highly respected for his role in addressing the sexual abuse scandals that have crippled the Catholic Church’s credibility, had an instrumental role in organizing a 2017 conference in Rome on “Child Dignity in the Digital World,” which helped shift the perception of the Catholic Church and sexual abuse from being part of the problem to being instrumental to the solution.

Zollner said that “faith communities can in fact have a major impact on the greater community they serve.”

Religious communities need to come together and share expertise and experiences, Zollner said, declaring that “this pandemic has shown that there are challenges that are much bigger than any one person, one religion, one country, one profession.”

While the speakers ranged from Catholics to Buddhists, their messages sometimes advocated for similar approaches. Abbess Dhammananda Bhikkuni of the Buddhist Sanghammakalyani temple in Thailand spoke of the importance of “pure listening” when encountering sexual abuse victims, an idea that, in different language and tone, has been espoused by Francis in his efforts to address the clergy abuse crisis.

The abbess spoke of “listening without the I, listening without judgment,” inviting faith leaders to go “into the depth of the pain” with victims and survivors. “Don’t be afraid, faith leaders, show your tears,” she said, speaking from her experience in accompanying women who have been sexually abused.

“Only when you really feel the pain of what they are going through, only then, we as faith leaders can help them,” she added, underlining how this is the only way to establish trust, a prerequisite of healing.

Previous Love and Marriage: It’s Never Too Late
Next The Celebration of Life is Acceptable—But What About Celebrating Death?