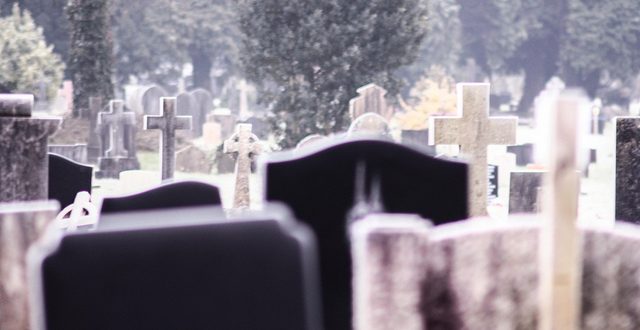 Share this story!
Do you have a question about the Church of Jesus Christ of Latter-day Saints? Submit it online or fill out the form below.
After your death, can someone baptize you into the Mormon faith?

Mormons believe that “God is no respecter of persons” (Acts 10:34). He loves all of his children, regardless of when or where they were born. We also believe that baptism, and the covenants we make at baptism, are stepping stones on the path to salvation and exaltation. A loving father in heaven would not refuse his children the chance to progress simply because they were born into a situation where hearing the gospel or receiving ordinances wasn’t possible. We believe that “baptism for the dead” is the method God has provided to allow all of his children the same opportunity, no matter their circumstances while they lived on earth.
The ordinance of baptism for the dead in temples is almost identical to what you’d see if you attended a baptismal service at any LDS chapel, with a single phrase added to the baptismal prayer mentioning the name of the deceased person for whom the baptism is being performed.
Baptism for the dead is one of several ritual washings, anointings, blessings and sacramental ordinances performed in Mormon temples, which we believe prepare our souls and families to grow closer to God and progress both on this earth and after we die. There are three options for having these ordinances done: participate in them while you’re alive, wait until the resurrection or have them done by proxy on your behalf after you die.
Latter-day Saints hold agency to be one of the most important gifts God has given to all his children. We believe that life continues after death and that our agency is still in force then. These vicarious ordinances are not binding on those for whom they are performed. They are not added to the membership rolls, and they are not considered members of The Church of Jesus Christ of Latter-day Saints. These proxy baptisms simply provide the opportunity for those who have died to accept the ordinance and related covenants if they choose to.
When we perform baptisms for the dead, we’re not rewriting their life history or saying, “This person is now a member of our Church.” We’re saying, “Lord, this person didn’t have the option of doing this when they were alive. I don’t know if they want it or not. But if they do, please let me do this on their behalf, so that if they decide they want these blessings and covenants, they can accept them now instead of waiting until the resurrection.” Mormons view these proxy baptisms and ceremonies similarly to the way Catholics view saying prayers or mass for the dead; we’re asking for blessings on their behalf.
In keeping with the Church’s emphasis on families, members of the Church are supposed to research their own family trees and only submit names of their own ancestors for baptism. This Church-wide focus on families also necessitates a respect for others’ wishes regarding their families, and that’s what I believe is behind the Church’s denunciation of those who inappropriately submit names for proxy baptism. In addition, for those born within the last 95 years, permission is supposed to be obtained from, at a minimum, the closest living relative before ordinances are performed. For example, my family hasn’t done this proxy work for anyone in my grandmother’s line because my dad’s aunt objected and asked us not to, so we have respected her request.
Every religion, every organization or group, however, has those who get overzealous in pursuit of their goals. No one is immune from the very human tendency to get too focused on the “end” and lose perspective on the here-and-now. Unfortunately, that has happened in some cases with baptism for the dead and particularly, as you mentioned, for Holocaust victims. As Church leaders have cracked down on those who submit names from unauthorized groups, such as Holocaust victims or celebrities, those who do so can lose their access to the Church’s genealogical database and possibly face additional discipline as well. (See more information in this article from last year.)
In most cases of inappropriate submissions, I believe that people simply lost sight of the forest for the trees and forgot the primary focus. These proxy baptisms are about asking for blessings on behalf of our own ancestors, while respecting the feelings and wishes of others regarding their ancestors.