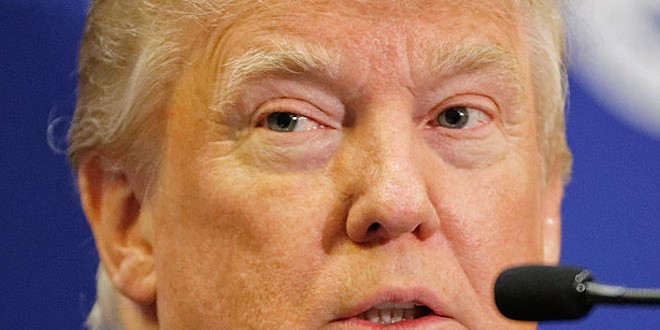 What do Evangelicals really think of Donald Trump?

Hi, thanks for your question. To really answer it, I have to first say I can’t answer it definitively, because I’m only one evangelical. Like most political questions, there’s not a singular answer for this kind of thing.

An article published in February by the Pew Research Center shows the incredible political diversity among voters we would like to lump together under the term ‘Evangelicals.’  While churches like the United Methodists, Assemblies of God and the Church of the Nazarene overwhelmingly vote Republican, members of the Episcopal Church and the United Church of Christ and the African Methodist Episcopal Church tend to vote Democrat.

Therefore, to ask ‘what do evangelicals really think of Donald Trump’ is a great question, but it’s not one you’re going to get a clear answer on. Some evangelicals are likely voting for Donald Trump, while others are doing no such thing. Others are doing so reluctantly, because they believe in the values and platform of the GOP but don’t believe Trump accurately represents either these or their idea of a godly leader (such is the expressed view of many of my Evangelical friends).

Personally, I’ve always leaned more toward the Democratic side of things, although I like to believe I vote for the issues, not the person running. In either case, I cannot support someone like Donald Trump, whose actions and words are antithetic to what the Bible teaches about humility, love, self-discipline, care for the oppressed and mercy. He preaches a doctrine of restoring America and making it great, but this restoration comes at a great cost – to achieve it, we must pretend two things.One — that we are actually better than most of the world and two — that almost kind of behavior is acceptable to get and maintain this status. I can’t find this anywhere in the Bible, can you? Yet it’s influenced the behavior of American leaders more times than I’d like to admit. Jesus said many things about love, patience, kindness, self-control and peace. He said things about loving others more than ourselves, about being meek and inheriting the earth, and about doing good things in secret, just because they’re good things and someone needs help. He said things about not being attached to money and our earthly possessions. If that’s not the antithesis to Donald Trump, and indeed most of our modern political process, I don’t know what is.

Politics can be a beautiful thing; a process that’s long, drawn-out and painful at times, but its messiness allows different voices to live. Trump’s proposals are clean and simple and appealing, but only because they allow so few to speak. As David Brooks says, Trump represents the path our founding fathers rejected; authoritarianism. They chose the chaos of representative democracy over the tidiness of autocracy for a reason.
Jesus also allowed many people to speak; the woman at the well, the children when his disciples wanted to send them away, the poor at banquets when the Pharisees wanted them removed. He famously associated with people from all levels of society, from the richest to the poorest, and did not claim fame for himself. Can we really say that any earthly candidate for office does these things as well? Of course not. No one does, and I don’t expect that. I don’t vote for someone because they’re comparable to a religious figure. I do vote for someone who aligns in the barest way with my values, and I don’t see that in Donald Trump.