Is the Christian Right the same thing as Evangelicalism? 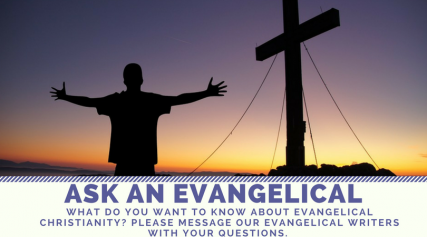 Hi, thanks for your question! Traditionally, the Evangelical faith has little to do with politics. If anything, people of faith historically involved themselves in progressive social causes, such as the abolitionist movement and the formation of early social reforms like the first United States labor laws, nonprofits like the Salvation Army and the YMCA, and the social gospel movement of the Progressive Era.

As sociologist Robert Putnam puts it, “not all religiously based movements are progressive, but  most American progressive movements have had powerful religious roots.” But people have aligned themselves on the right side of the political aisle more often than not in recent years.

This trend began quite a while ago, most notably with what historians call the ‘Great Reversal’, a movement in the 1920s. Evangelical fundamentalism took a more conservative stance on social and economic issues, at least partly in reaction to the social gospel movement, but also in response to cultural moments like the Scopes Trial of 1925, World War I, and the Red Scare.

Larger trends were at play too; the world was getting a lot bigger in the 1920s, and the rural, mostly agricultural South ran smack up against the beginnings of globalization, or what passed for it back then. I think it’s hard for us living today to imagine what it was like for people living in the wake of the destruction that was the first World War, but people were affected by it in lifechanging ways.

Other things were changing too; more immigrants were coming to the United States, evolution was being taught in schools, industry and cities were changing what had been a largely agrarian society. It’s probably not so different from some of the things we feel now, or things our parents might feel when we think about the way the world has changed in the past thirty years. We often instinctively turn to things that feel safe.

The response is probably best summed up by Ray Ginger in his 1958 account of the Scopes Trial, titled ‘Six Days or Forever?’

‘Everybody – those who had supported American participation as well as those who had opposed it – felt betrayed. Gone now was the previous hopefulness, the cheery conviction that progress was inevitable. In its place was a massive distrust, the sort of distrust you would feel if a man stole your silver and your wife after you had invited him into your house and fed him at your table. And the distrust was directed toward Europe, things European.

Present too, with many, was a vague sense of guilt. Men had to assure themselves of their basic goodness. This effort required a simple definition of morality.

A good man is a man who does not drink, or smoke, or gamble, or commit adultery, or contravene the Word of the Bible, and who punishes the sins of others. A desperate flight backward to old certainties replaced the pre-war belief in gradual adaptation to new conditions. Not progress, but stability and certainty. Thus a fundamentalist.”

The term “evangelical” comes from the Greek word euangelion, meaning “the good news” or the “Gospel.” Technically, evangelical faith focuses on the “good news” of salvation brought to sinners by Jesus Christ. There are no political beliefs inherent in the faith. That is of man’s making.

Evangelicals vs. the religious right

Evangelicals often argue they’re defined by these theological convictions, rather than political or cultural trends. But that’s not always how the secular world, or even people from other religions, view them.

There’s nothing inherently Republican about Evangelical beliefs, but history shows us many Evangelicals turned to the right during the 1920s. Many did not; liberals and moderates existed in the faith since then and many still do. Ray Ginger’s book quotes Harvard science professors who were strong Christians. It’s become less viable to be a Christian liberal or intellectual these days, or profess to be a Christian in an academic setting, regardless of your political beliefs, but we still exist.

Many Evangelicals did vote for Bush and Trump in the last couple of decades and are consistently Republican. The turn toward conservatism in the wake of events like WWI and the cultural changes of the 1960s is undeniable. However, it should be noted that the religious right is a political movement that was created. Its creators would very much like it to be synonymous with Evangelicalism. But it is not.

Previous Ask An Atheist: Why is the PNW so unchurched?
Next Next FāVS Coffee Talk to focus on Separation of Church and State