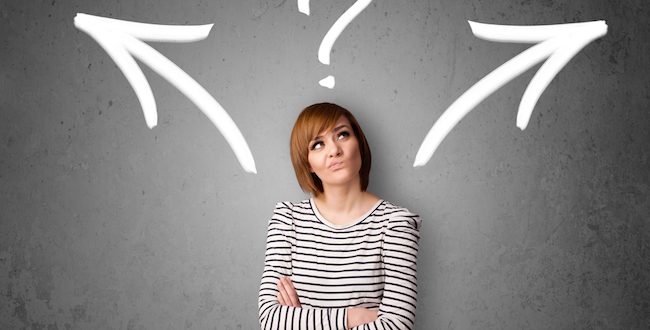 Ask An Evangelical: Do you believe in free will?

Do you believe in free will?

We have the ability to choose

After I go back to school and get a master’s in philosophy, theology, psychology, physics, biology and perhaps a few more to be safe, I’ll feel better qualified to answer this question. I’ll try and get back to you in a few years.

Realizing his first paragraph wouldn’t satisfy the person who asked the question, nor anyone else reading his reply, the author threw caution to the wind, and exercising his free will, bypassed his own educational requirements and said simply, to get the ball rolling, “Yes”!

Free will is a subject with multiple and complex meanings, so let me start by qualifying which one my ‘Yes’ was directed at…mankind has the freedom to chose one action over another.

You are asked to renounce your faith, by a person holding a gun to your head, or be shot.  Must you follow their directive or can you choose death? The simple answer, I believe, is ‘Yes.’ Could I act in such a way if the barrel was pointed at me?  I don’t know. It’s one of those many questions in life where we ‘know’ what to do but it’s sometimes so hard to follow through with our conviction.

What about free will when it comes to sin?  I say ‘Yes’ to that too.  From studying the Bible, I understand sin to be ‘willful disobedience to a command of God.’ For me, the word ‘willful’ is the key to understanding this aspect of free will.

I walk into the garage and, looking sternly at my 1998 Chevy S-10, say “Stop using gasoline when I take you out on the highway.”  I don’t think anyone would expect the pick-up to change it’s behavior, except maybe a Ford or Mazda, because we know it doesn’t possess a will.  It’s a gas guzzling, relic of the past and can’t, by itself, be anything other than what it was manufactured to be.

I stride into the bedroom and tell my son, “Don’t pull on the cat’s tail again.”  The cat, thinking it’s safe to enter the room now, strolls in and curls around my child’s legs, tail raised as if to say, “Ha, ha, can’t touch me now.”  The little boy glances at me with that look we all know, reaches down toward our kitty and yanks its tail.  His choice, his act of disobedience.

Harking back to Scripture, all that I’ve read indicates we have freedom to select which behavior to follow and which must be avoided.  And the pages of that book list many examples of the ‘thou shalt not’s.

Are there times when the act we are to avoid becomes almost impossible to pass up?  Certainly, but that doesn’t make the ultimate action any less disobedient.  Is the drunk driver, prior to striking a pedestrian, 100 percent incapable of choosing to sleep off their inebriated state at a friend’s or call a taxi to get home? I don’t think so and, thankfully, in my opinion, neither do the courts.

For me, the bottom line is, if I can’t choose to act as God instructs, then He wouldn’t hold it against me. Does that mean we exercise free will 100 percent successfully?  No, but that’s a totally different article.  I do say ‘Yes’ that ways to make right choices exist, and we are created with an ability to do so.

We are responsible for our choices

Hi, thanks for your question. I once saw a joke about soulmates that perfectly sums up my feelings about free will. It goes something like this: Of course I believe in soulmates; it’s just that mine lived a million years ago.

I believe in free will. We are responsible for our choices. But sometimes that’s not the end of the conversation. The menu of choices we all have are shaped by things like where our parents were born, the time period we live in, and the societies and cultures around us.

Specifically regarding theology, I don’t think it has any meaning without the concept of free will. Without humanity’s acceptance of faith, and the choice to follow its tenants when things are difficult, the value is lost.

A decision to follow any life of faith solely based on fear of punishment or a sense of duty is probably not going to have the same effect as someone who chooses it because they truly want to be there. The latter person will stick around when things get tough.

Jesus never forced anyone to accept him. He offered people an option to follow him and people chose from there. That makes sense not just from a theological perspective, but from what we know about human psychology and behavior.

These days psychologists write a lot about the theories of intrinsic and extrinsic motivation, and why some types work better than others.

But life isn’t just shaped by our conscious choices. It’s shaped by our range of available choices, and that has nothing to do with our strength of will.

Like the soulmates joke, sometimes it doesn’t matter how much we believe in something; what matters is something like time, geography, personality or the society we are born into. As a woman, if I wanted to become a doctor in the 1850s, I could have all the free will in the world to do so, but I would likely not have gotten as far as I could now.

All we really have control over is our own actions, and even that is limited our mental range of possibilities. Free will is just one facet of the larger human experience. While it’s important, it’s not everything.

Tags ask an evangelical free will