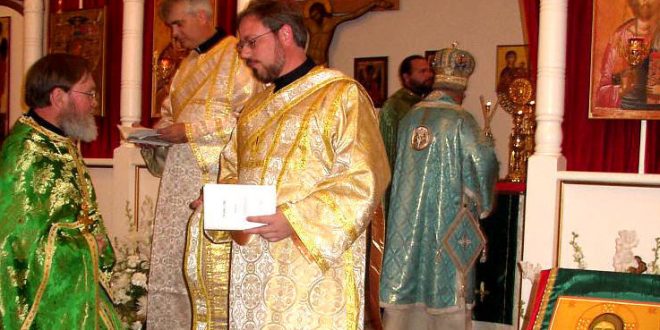 Ask an Eastern Orthodox Christian: How do I address an exarch from Turkey or Greece?

Q: What is the proper way to address someone who is an exarch, male and from Turkey or Greece?

In the Eastern Orthodox Church, an exarch (ἔξαρχος in the Greek) can be a bishop, metropolitan or archbishop. He is an appointed representative of the patriarch of a specific “see” and usually governs a distant province on behalf of and under the jurisdiction of that patriarch.

In the early Church, a “see” was a major area of jurisdiction. During the first 1,000 years of Christianity there were five historic patriarchal centers (sees) known collectively as the Pentarchy — four Eastern Orthodox sees consisting of Jerusalem, Antioch, Alexandria, Constantinople and the See of Rome in the west which, in 1054, left the other four centers marking the beginning of the Roman Catholic Church.

The four Eastern Orthodox centers continued to be united in faith, doctrine, Apostolic tradition, sacraments, liturgies and services as one holy, catholic (universal) and apostolic church not adding to, altering or subtracting from the original faith.

As an example of how to properly address an exarch, let’s take Archbishop Demetrios. He is an exarch of the Ecumenical Patriarchate of Constantinople, which is located in Instanbul, Turkey. Because he is an archbishop, the proper salutation or greeting would be, “Your Eminence.” The full address is “His Eminence Archbishop Demetrios, Primate of the Greek Orthodox Church in America.”

See “Forms of Addresses and Salutations for Orthodox Clergy” for a complete list.