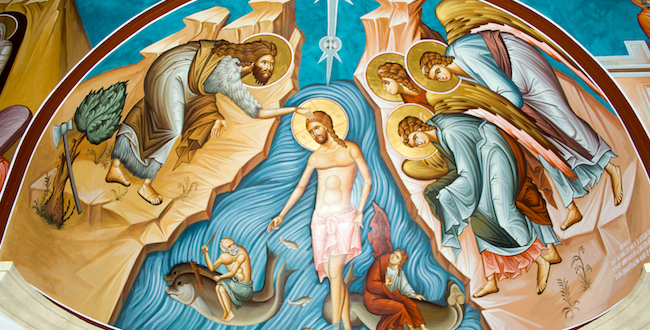 Ask An Eastern Orthodox Christian: What are the 7 Sacraments?

What are the 7 Sacraments?

In the Orthodox faith, we do not limit the sacraments (which we call mysteries) to just seven; there are more.  For a greater understanding of “What are the 7 Sacraments” I would like to start with what is the basic need of almost every human person.  For most, this need is to be loved and/or to be able to love.  Scripture tells us that we are created in the image of God, love, which can be said to be the essence of what we are.

Eastern Orthodox Christians are aware that there is a void or hole within each one of us that can not be filled with the acquisition of the worldly material possessions or what we do as a vocation.  It is only the infinite life source of the love of God that can fill that emptiness making us whole and complete.

The father sent his son into his creation to further reveal who he is and how we could participate in the life of the Holy Trinity through the Holy Spirit.  He did so by establishing his church where we can have access to His divinity through the sacramental life of the Orthodox Church.  The church is the extension of the love of God into mankind where one can receive the direct healing power of God through his energies.

The Orthodox Church wants to bring every human person into the love of God so that everyone can grow into their true potential to become like what God is by nature.  These mysteries are a means to be healed of our brokenness and woundedness so that every human person can share in the life source of God (love).   For the Eastern Orthodox Christian, these holy mysteries are beyond our comprehension, yet forever life-changing and transforming. 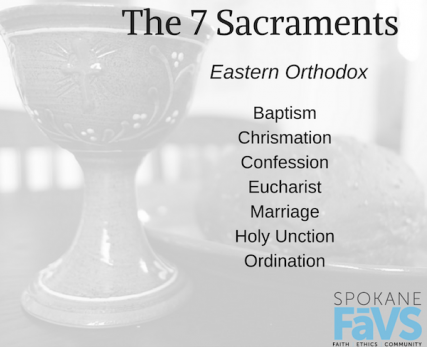 Baptism is an outward sign of an inner belief, a profession of faith, the rite of passage, the dying of the worldly person and the resurrection of a new person in union with Christ, the gate to enter into and become a part of the Church the body of Christ, and a means to enter the Kingdom of God and receive the beginning of eternal life.

Chrismation is the Seal of the Holy Spirit and is received immediately following Baptism through the anointing of the newly illumined with this blessed oil.  A catechumen (one who plans to become a member of the Church) having been baptized in another recognized Christian faith, receives this anointing as a confirmation of their entry into the Orthodox Church.

Confession is “metanoia” (μετάνοια) from the Greek word meaning not only a confession of sins and transgressions but a “change of mind.”  One experiences an about face, a re-orientation of the whole of one’s life and being.  Personally, I would say that “confession is the predicate to humility and Love.”  This sacrament of repentance is the first message, and the most important message that Christ preached, “Repent for the Kingdom of Heaven is at hand” the major key to becoming what love is.  It must be noted that confession is not a one-time event, but most often a lifetime struggle. It is a beginning; it is an invitation to better life, an opportunity to become anew.  It is free of charge, a gift, the only thing that would suffer is your ego.

Eucharist in the first 1,000 years, the whole undivided Christian Church believed the bread was truly his body and the wine was truly his blood, but one could not say how this mystery was so.  There is never a statement that these gifts merely symbolize his body and his blood.  When Orthodox Christians receive and participate in the Eucharist, we receive not only Christ himself but his body which includes all the faithful Orthodox community of Christ, for the remission of sins and life everlasting.

Marriage is a path to salvation.  It is truly the Christian experience of unselfishly giving of oneself to another in a mystical union with God.  A martyrdom of individual wills, not as indentured servants, but as willingly desire to do the will of the other, obedience totally out of love and without strings or expectations.  The two individuals become one in a fullness of equality.  The expression of “not mine,” “but ours,” “we are one, not two,” best describes this.

Holy Unction is the anointing of the members of the Orthodox faithful with oil that is blessed by the Holy Spirit for the forgiveness of sins and the physical healing of the body and the soul.   God’s grace and mercy is manifested in this mystery to renew the body and to cleanse the spirit.

Ordination is the receiving of holy leadership within the church – the laying of hands of apostolic succession can be traced directly to the time of the apostles.  These shepherd’s are responsible for the souls of the faithful.

Saint John Chrysostom said “Glory to God for all things.”  One could say in all humility that God loves us so much that we are his glory.