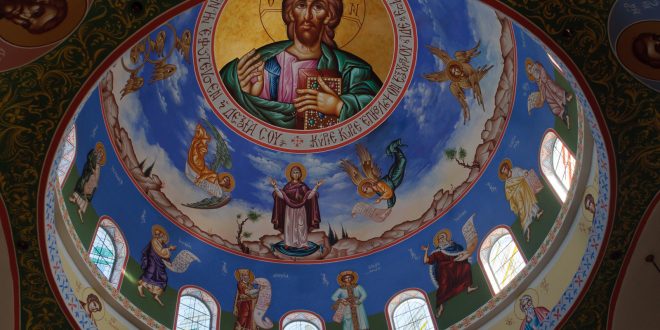 Is the Eastern Orthodox Church a very conservative church?

If churches change their beliefs, doctrines, and traditions then are they considered liberal churches? Are these churches adjusting and reconstructing their beliefs giving way to the demands of their societal norms?

The Center for the Study of Global Christianity at Gordon-Conwell Theological Seminary as of 2012 estimated that there are 43,000 organized Christian denominations (mostly western churches).   It would seem that many western Christian churches are constantly evolving, changing, or adapting to the needs and diversity of cultural lifestyles.

One might say that the focus or central theme in Eastern and Western churches differ. It is difficult to understand the centerpiece or theme of Western Christianity because of its diversity; however, it often appears to be primarily focused in the justification of one’s salvation and ignoring or taking a passive role in sanctification.

In Eastern Christianity, the focus is on the “transformation” of the “person” through a process known as theosis. In conjunction with the sacramental life of the Church, this process which is similar to deification changes a person from within to become, by God’s grace and mercy, what God is by nature.

God became man so that man can become God-like. The path of becoming a Christian is always a work in progress, never perfect, but struggling to be so.   As it is written in the scriptures, Christ has this expectation for us.

Numbers 15:40 …. and that you may remember and do all My commandments, and be holy for your God.

Galatians 5:14 …. For all the law is fulfilled in one word, even in this: “You shall love your neighbor as yourself” (also quoted in six other scriptural passages).

In conclusion and holding to the conservative traditions, dogma, and beliefs of the Eastern Orthodox Church one can understand the general theme of our Christian theology in the following three statements.

As Eastern Orthodox Christians our focus, as commanded by God, is to transform from our “prison of self-centeredness” into “a community of love” and grow in the struggle of righteousness to attain holiness. In this conservative yet challenging approach, man can only become fully human in a community of love and by doing so defining his personness.

Previous I’m too busy for your rules
Next Surprise! It’s the Holy Spirit