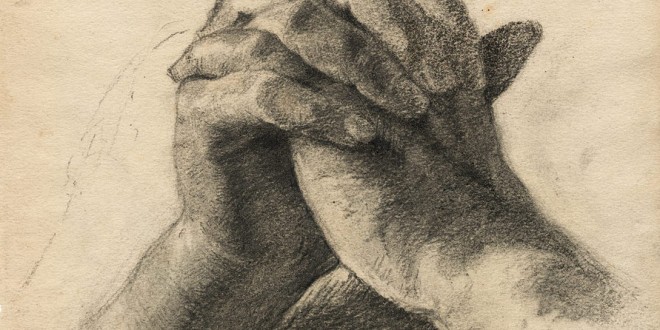 Ask An Eastern Orthodox Christian: Does Your Faith Have Prayer Rules?

hhWhat would you like to know about the Eastern Orthodox Christian faith? Submit your question.

Does your faith have ‘prayer rules’?   If so, what are they?

For the Eastern Orthodox to pray means to think and live our entire life in the Presence of God, always, everywhere, and at anytime.  Prayer is not seen as an obligation or set of rules that need to be followed or legalistically adhered to.  It is rather the establishment of an intimate relationship with our Father for His glory or the benefit and edification of our fellowman.  For what we do for the good of our neighbor He refers to His own glory.   It is often said that the path to God most often leads through your fellow man.

As Paul Evdokimov has remarked: “Our whole life, every act, and gesture, even a smile must become a hymn or adoration, an offering, a prayer.  We must become prayer-prayer incarnate.” This is what Saint Paul means when he writes to the Corinthians that “whatever you do, do it for the glory of God” (1 Cor. 10:31).

Prayer is then not merely a part of life which we can conveniently be laid aside and called upon when we have a need for help.  Prayer is as essential to our life as breathing and not at the superficial level of just mouthing words.

Saint Theophan the Recluse calls the head (mind) “a crowded rag market: it is not possible to pray to God there because there is no end to our uncontrollable thoughts, continually chasing after one another.  He tells us that “life is in the heart” and that we must descend there with the mind.”

Prayer offers the means for God’s intent and purpose to become a realization in each and every one of us, that is, to become more like Him for why would we want to be with Him if we are not “like” Him? The process for Orthodox to achieve this is known to us as theosis, participation in the healing sacramental life of the Church, similar to sanctification.

Saint Paul says “… be transformed by the renewal of your mind (the nous) that you may prove what is that good and acceptable and perfect will of God.” (Rom 12:2).  That renewal for Orthodox Christians occurs most effectively in the purification (healing) of our nous which can be described as “the mind of the heart”, “the eye of the soul”, “the seat of the intellect,” “the center of our being.”

The nous is where the Image of the Word of God is mystically accessible, encountered, and magnified by this process of theosis.  When you descend into the heart and find Him there, your life will never be the same.

Saint Paul, who urges the Christians of the first century Thessalonica to “pray without ceasing” (1 Thess. 5:17).  “Be constant in prayer” (Romans 12:12).  If our consciousness is with God our propensity to sin would be less likely.

So why is it necessary to purify the nous?

Matthew 15:18-20  “….what comes out of the mouth proceeds from the heart, and this defiles a man. For out of the heart come evil thoughts, murder, adultery, fornication, theft, false witness, slander. These are what defile a man….”

As Eastern Orthodox Christians we are called by our Lord always to be in a “state of prayer,” unceasingly.  There are no rules for this “way of life,” as Saint Paul reminds us “for it is not I who live, but Christ our God who lives in me.”