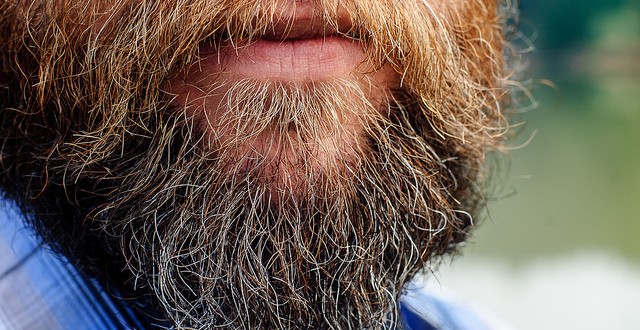 Why is it that beards seem to have found a persecution free home in Orthodoxy?

The simplest answer in Christianity is that Christ, the Apostles, nearly all the Saints of the Church, including Saint Patrick and Saint Nicholas, the clergy, all had beards.  All throughout the Old Testament, it was the custom for men to have beards.   Abraham, Isaac, Esau, Jacob, King David, Solomon. Moses, Aaron, Job, Elijah, Jeremiah, Apostle Paul and many more were all bearded.

In most recent history, beards have been taken on somewhat of a negative association, likened to a person hiding behind a mask, creating an illusion of suspicion.

However, wearing a beard in Orthodoxy can and should be interpreted as an outward sign of an inward belief.  The Bible makes a strong case that growing a beard is an honor for a man and glory to God.

In the holy orders of the Eastern Orthodox Church for priests or deacons, it is customary to have beards.  There is a certain mysticism that embodies those who are in the holy orders with a beard.

The Old Testament Law for Beards:

A law of the Creator given to Israel that had to do with holiness was the requirement for men to be bearded.

Israelite males are prohibited from marring the corners of an existing beard.

A Levitical priest is prohibited from shaving off the corners of an existing beard.

What is it about a man’s face that would cause him to reflect on who and what he is and what is required of him?  In short, ff he wore a beard in compliance with the holiness code, he would immediately be reminded of his obedience to God and his ways. Modern times reflect something similar.

Previous Shootings, Masculinity and Psalms
Next How churches can avoid breaking copyright law