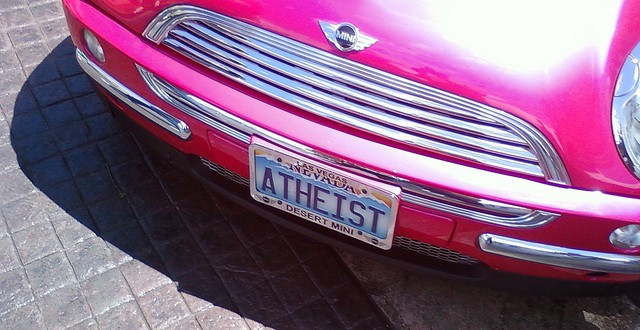 Ask an Atheist: Is atheism a faith?

What are some of the “proofs” that support the faith (Atheism)? And it is a faith?

Calling atheism a “faith” is a semantic stretch to begin with.  As the saying goes, not collecting stamps is a form of stamp collection. If you think of it that way, though, not collecting teacups would be stamp collecting, too.
From a nonbeliever’s perspective, it is the absence of strong “proof” of a particular religion’s truth that is the problem.  At no time have I ever received a revelation from non-god to declare that non-god doesn’t exist.  So one can ask why the atheist doesn’t find the “proofs” of a particular god persuasive (and hence the reason for not believing in it). Every religionist is an atheist in this sense already, since every religious believer on earth is a minority faith (most of the planet’s religious believers do not believe in the faith you hold, regardless of what that faith may be). Why don’t I believe in Zeus, or Marduk, etc, and so on?
As for the God of Abraham that Jews, Christians, and Muslims all profess faith in, here’s my short list of non-belief there. None of the texts object to slavery (this is a big moral problem). The author(s) of the Old Testament seem to have no clue about the actual history and structure of the universe (plus the books contain the Flood and Tower of Babel myths), curious if the big designer was responsible for the text. Jesus also failed to return as promised (“there are some of you here who shall not taste of death before the Son of Man comes in his Kingdom,” etc.), which obviously doesn’t bother most Christians (they have various ways to rationalize it), but bothers skeptics like me who regard it as a failed prediction just like Nostradamus’ non-existent 1999 cataclysm.
As no particular religion’s “proofs” seem any better (or worse) than all the mutually exclusive competitors, the atheist concludes that none of them being true is the simplest explanation.

Previous West Central Festival of the Arts kicks off Oct. 3
Next Mormon feminists seeking change find it in subtle wording