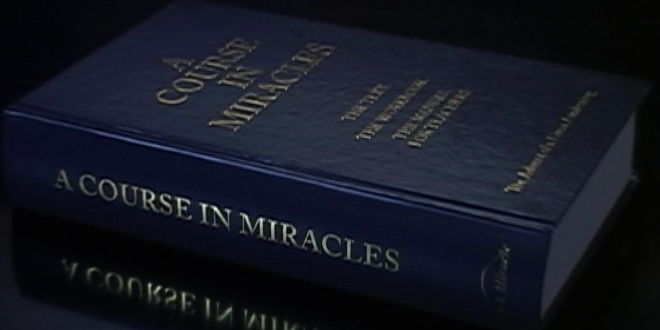 Ask A Religious Scientist: What is a Course in Miracles?

What is a Course in Miracles?

A Course in Miracles is a text which is considered to be a modern teaching of Jesus, channeled by Helen Schucman and written with the help of William Thetford.

It was originally published as three hardback books:

It was later condensed into one thick softcover but kept its three distinct sections.

The course does not fall into any particular category such as New Thought, New Age, or Christian, but rather stands by itself as a teaching of a new way of actually “seeing” the world.

It was made famous by Marianne Williamson through her many books, appearances on Oprah, and worldwide travel as an author, speaker, and teacher. She has developed her own church based on the teaching.

There are study groups throughout the world and a simple Google search will help find a local group. Although we do not offer it at the Center for Spiritual Living Spokane, we respect its teachings which are based on love.