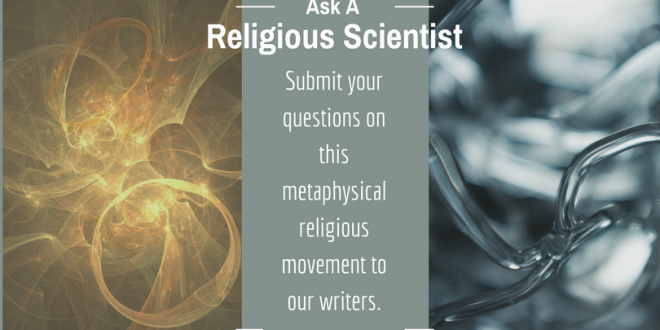 What’s your take on Jesus Christ as the son of God and dying on the cross to save us from our sins?

Please remember that asking one Religious Scientist is like asking one Christian what they believe. (I have a sister that truly believes in the virgin birth as historic and Christian friends that love the story but see it differently.)

Religious Scientists see Jesus as Jesus the Christ. “Christ” is a title which identifies a state of consciousness that Jesus, the man, evolved into. Sin is considered being “off the mark” or out of sync with our innermost soul.

Jesus the Christ is seen as a great teacher and example, a way shower. Yes, he was the son of God who embodied his “Father.” As metaphysicians we see all beings as the sons and daughters of God, each of us are the “Beloved” in form so Spirit or God may know itself at this level of consciousness.

The whole story of Easter is beautiful. From entering Jerusalem to the resurrection, itself. We understand the story to be an allegorical teaching:

Entering the city is the individual soul evolving from being totally in the physical, humbly taking our place as master of ourselves.

Throwing the money changers out of the temple exemplifies overturning tradition and speaking our own truth.

The Garden of Gethsemane; going into the “Garden,” that beautiful place within in which we commune with the sacred.

The crucifixion is the death of the ego.

The Resurrection is the resurrection of the individual to a higher state of consciousness.

This is an extremely short explanation of how the Easter story is seen, within this are numerous talks (sermons) about the evolution of the self and humankind.

As Religious Scientists we believe that there are many paths to God or the Truth and what you believe is true for you. My wife and I have studied many different paths and are currently studying the Bhagavad Gita for a greater understanding of Eastern thought, particularly Hinduism.