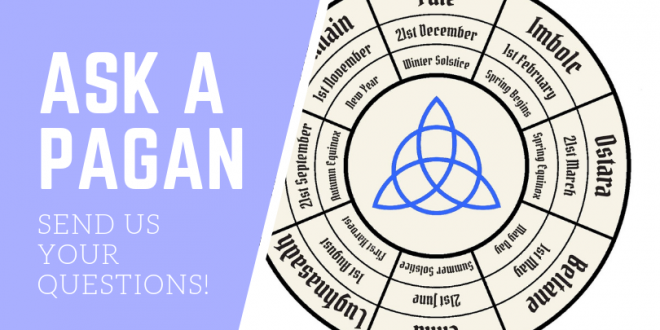 What do you want to ask a Pagan?  Fill out the form below or submit your question online.

I have decided to follow the path as a pagan. I began to read and invest my time connecting with nature and connecting with the gods. Someone told me I can not wear a mjolnir since one has not been bestowed upon me. Is this true?

The mjolnir, also known as Thor’s hammer, is found both in and out of paganism. I am not aware of any rule that a mjolnir must be bestowed upon the wearer, and it is not appropriation to wear or use a mjolnir outside of Norse paganism. However, many pagans are offended by non-pagans wearing pagan symbols or using pagan tools. Since you are pagan, that shouldn’t be a problem.

It’s important to understand the different associations of the mjolnir, so you know what you might be representing to others. Not every Norse pagan wears a mjolnir, and not everyone who wears a mjolnir is a Norse pagan. Norse pagans have been wearing the mjolniras a necklace since at least the Viking Age. Among non-pagans, some wear it due to a personal connection to its region of origin, whether ancestral or personal interest. Others wear it simply because they like the mjolnir itself, Viking culture, or even Thor Odinson of the Marvel Universe. Unfortunately, some people wear the mjolniras a symbol of white supremacy.

Whatever you decide to do with the mjolnir, it is a religious symbol, and please treat it as such. Best wishes on your spiritual journey. Blessed be.