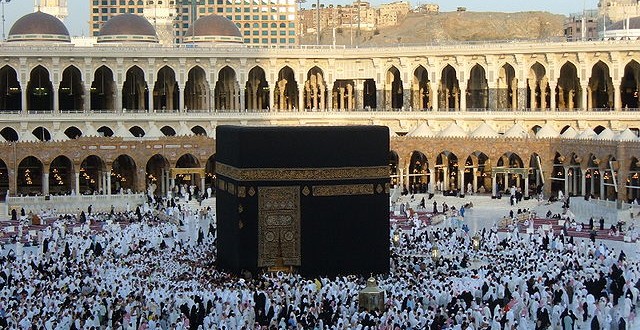 Ask A Muslim: What is the Kaaba?

What is the Kaaba?

The Kaaba is the small, black building in Mecca that Muslims circumambulate during the annual pilgrimage of hajj. In Arabic, Kaaba simply means “cube,” since the building is shaped like a cube. Muslims believe that Abraham originally built the Kaaba with his son Ishmael as a devotional act to God. Worldwide, Muslims turn to face the direction of the Kaaba when performing the five daily prayers. For example, Muslims in the United States turn their bodies toward the east when praying since that is the direction of the Kaaba from the US, while Muslims in India face west since the Kaaba is west of India.

The Kaaba is the most holy site in Islam. What makes it special to Muslims is the belief that people, including prophets, have worshiped God at that site for thousands of years. More mystically, the cornerstone of the Kaaba is known as the Black Stone. Some Muslims believe that this stone fell from heaven as a sign for Adam and Eve to build a house of worship. The Kaaba itself is empty inside and is only opened occasionally for cleaning. In fact, there are always at least hundreds of people praying and worshiping at the site of the structure 24 hours a day, every day of the year.

Previous Celebrating Easter in a two-pastor family
Next Faith Trumps Fear: serving God in the midst of the apocalypse of American politics