“Allah is” by Shakreez is licensed under CC BY 2.0

Ask a Muslim: Proving the existence of Allah

Q: How can you logically and scientifically prove Allah existed?

In the case of faith there is no logical or scientific fact to be proven. You either believe or you don’t. The whole purpose of ‘faith’ is to be that strong in your conviction, that you would not need logic or science to believe. Having said that, we live in a technologically advanced world, and according to Islam, it is incumbent upon us as Muslims to seek knowledge. Each person expands his knowledge in accordance with their interest, and I have been guilty of doing just that, due to sheer indolence. There are many instances in the Quran that talk about how God created the world, universe etc., and there are enough nuances in there to make you understand that a man born in the 14th century would not have access to these facts and phenomenon, so the only way he would know it is if God himself gave him these details.  Again, I am lazy, and being born in the religion, see absolutely no need to seek out reasoning behind something I am already convinced exists, or “is” so have not delved into the nitty-gritty of it. There have been times though that I have marveled at God’s creations – namely the universe, this fragile bubble we call home – the planet Earth, all of the denizens who inhabit it, and the complex bio-diversity and it’s interdependence present for its survival.

I remember sitting in my biology class as an undergrad, and listening to the professor explain how a cell actually exists. The cell wall is made up of a double bio-lipid layer consisting of a molecule that has a hydrophobic(water hating) head, and a hydrophylic (water loving) tail; one layer of the hydrophilic side faces out into the liquid environment it resides in (mostly blood/bodily fluids etc), while it’s hydrophobic end dovetails with the other layer’s hydrophobic end, allowing the hydrophilic end to make up a layer allowing the inner liquid existence of the cell to maintain stasis, or a stable, living, internal environment. 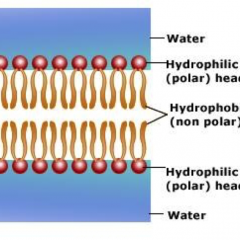 As though this in itself was not amazing enough, the walls have gates and channels that operate/open/close when there is a need to let out something (refuse) or intake something (food/water). Additionally, in order for it to exist in comfort, ion gradients also come into play, but that is too much detail for here! When dropped into liquid, the property of this protein is that it always forms into a ball – for the aforesaid reason, and closes in on itself. When I sat through this particular lecture – I distinctly remember thinking, “Isn’t God amazing? Look at how He has made all this possible!”

I particularly like Zakir Naik – he talks in layman terms and uses good examples to substantiate his claims. I suggest you look through the following link: Proving the Existence of Allah to an Atheist.

Even though you may not be an atheist, there is some good information there. There are a lot of people who have given explanations trying to prove the existence of God, in other ways, and here are two links that may be of interest to you:

Does god exist? Some scientists think they have proof | Opinion

Scientists use mathematical calculations to PROVE the existence of God

Naghmana Ahmed-Sherazi moved to Spokane about four years ago with her son. Coming from a huge bustling metropolis like Houston with its varied and diverse micro-cultural communities, she said it was interesting to see people’s reactions when they met her or her son. She said she has so far loved living in Spokane with its four seasons and unique landscape.
Originally from Karachi, Pakistan, she has had the good fortune of travelling since an early age and has had education on four different continents. She considers herself a global citizen.