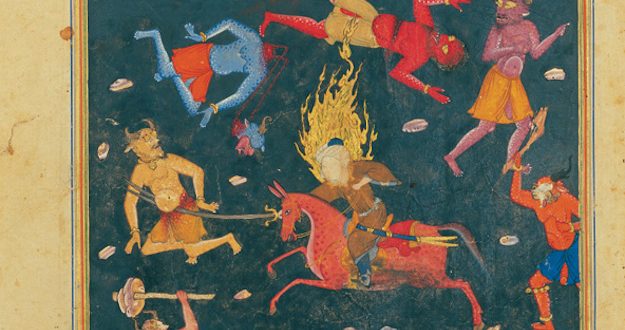 Ask A Muslim: Islam and Jinn

Are Muslims allowed to posses jinn?

According to the Quran, Jinn/Djinn/Jinni are also God’s creation, have free will, made of smokeless fire, live in a world parallel to mankind, and follow the prophet Solomon. They are largely unseen, though are said to appear in human form from time to time. Just as the human race has many variations, so do the Jinn. Among them are Muslims, and some are good, while others are not.
“Indeed We created man from dried clay of black smooth mud.  And We created the Jinn before that from the smokeless flame of fire” (Quran 15:26-27).
They are lower to angels in rank: “The Angels were created from light and the Jinn from smokeless fire,” (Saheeh Muslim).
The prophet Solomon alone was given special powers over the Jinn, as he requested Allah; he said, “My Lord, forgive me and grant me a kingdom such as will not belong to anyone after me. Indeed, You are the Bestower,” (Surah 35:35) and he was given the Jinns as his subjects, but did not control them. Therefore, it is not considered right for anyone to control them. Muslim Jinns sometimes befriend Muslim religious scholars and pious men. They may help of their own free will, but it is considered wrong to ‘posess’ (if such a thing is possible) a Jinn who will do their bidding as favors.

Previous The Bible – helpful, but not read much
Next Second Harvest offers cooking classes for kids this week