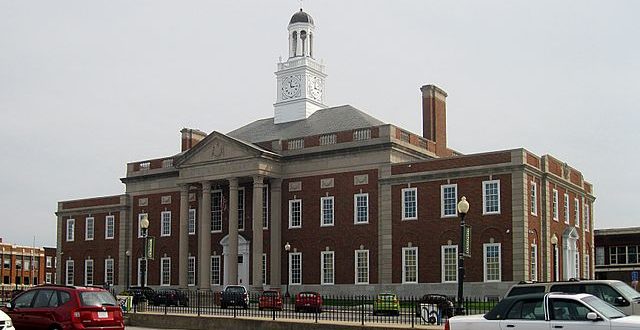 Ask A Mormon: Do Mormons believe the Garden of Eden is in Missouri?

Do Mormons believe the Garden of Eden is in Missouri? If so, why is this?

My baby brother (who is 18 years old but will always hold the title “baby brother”) recently left to serve a two-year mission for the Church of Jesus Christ of Latter-day Saints. Missionaries for the LDS church are called to serve in locations around the US and internationally. My brother received his mission call to serve as a missionary for the LDS church in Independence, Missouri. Announcing this as his mission location for the next two years got me quizzical looks from friends and family not familiar with the Mormon faith, but a very different response from fellow members of the Church!

Independence, Jackson County, Missouri is a household name for someone like me who grew up in the LDS faith. Because it was a headquarters for the Church in the 1830s, this location is the site of many notable historical events in LDS church history, as well as a place where significant revelations were received from the Lord.

ZION In 1831, the Prophet Joseph Smith received revelation from God (Doctrine & Covenants Section 57) that Missouri would be the gathering place for the Saints and that Independence was the designated location for the building up of the holy city of Zion. The Saints were instructed to begin purchasing land and to build a temple on a specified lot within the city. Hundreds of acres of land were purchased, and a cornerstone was laid on the temple lot and dedicated as the symbolic foundation and beginning of the building up of Zion. However, they would not have the chance to construct this temple.

ADAM-ONDI-AHMAN Tensions grew between the growing number of LDS settlers and the residents of Jackson County, Missouri due to religious and political differences, and the members of the Church were forced to leave. The saints moved north and established several new communities in the uninhabited areas near the Grand River. In 1838, Joseph Smith prophetically identified this area as Adam-ondi-Ahman, which is translated from the Adamic language to mean “valley of God, where Adam dwelt.” BYU religion professor Lamar C. Berrett gives this commentary on the significance of Adam-ondi-Ahman:

“The Prophet’s revelations indicated several things about the area: (1) the Garden of Eden was located in Jackson County, Missouri, and after Adam was expelled from the garden, he went north to Adam-ondi-Ahman; (2) three years before Adam’s death, he gathered the righteous of his posterity to Adam-ondi-Ahman and bestowed upon them his last blessing; (3) this site would be the location of a future meeting of the Lord with Adam and the Saints, as spoken of by the prophet Daniel (Dan. 7:9-14, 21-27;12:1-3).”

The saints again chose a temple site in Adam-ondi-Ahman but would once again be forced to leave it because of the 1838 Extermination Order from Missouri Gov. Lilburn W. Boggs which drove out all Mormons from the state of Missouri.

THE CHURCH IN MISSOURI TODAY The Church of Jesus Christ of Latter-day Saints began purchasing property in Independence in 1904 and has since acquired many of the sites described above and the surrounding areas. In 2012, the Church purchased 6,000 acres of Missouri farmland and three historical sites from the Community of Christ church. The Community of Christ, formerly known as the Reorganized Church of Jesus Christ of Latter Day Saints (RLDS), was formed by those who stayed in the Midwest after the majority of the church made the exodus west, landing in Salt Lake. The Community of Christ is headquartered in Independence and has constructed a temple there, although not on the original site dedicated by Joseph Smith in 1831. Another sect, the Church of Christ, is also headquartered in Independence and owns the property of the original “Temple Lot.”

While the Church of Jesus Christ of Latter-day Saints has built its headquarters in Salt Lake City (after church members in the 1840s moved west to escape persecution), the LDS church maintains a strong presence in Missouri. Members of the Church recognize both the past and future significance of this area and continue to believe that prior to the Second Coming of Jesus Christ, a magnificent temple will be erected on the site of the original Temple Lot in Independence, Jackson County, Missouri.

Samantha Briggs grew up in the small town of Burley, Idaho and was born and raised in the Church of Jesus Christ of Latter-day Saints. She is a graduate of Brigham Young University with a degree in Recreation Management and a minor in Nonprofit Management. She has worked for several nonprofit organizations and universities and is currently employed in the Division of Student Development at Gonzaga University. Briggs’ second home is in Uganda—the Pearl of Africa! While living there, she worked alongside local leaders of both religious and community organizations to initiate programs in education, business, and public health. She is passionate about service, community development, and social justice…and chocolate chip cookies.