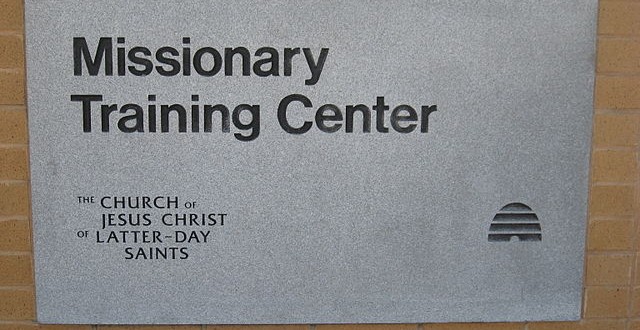 Ask A Mormon: Do all Mormons do missionary work?

Do all Mormons do missionary work at some point in their educations and how is it structured?

If you mean officially called to serve a full-time mission, no, not everyone does that, though many do. Men can choose to leave as young as age 18 up until they are 25 years old, as long as they are single, and serve for two years. Single women can serve a full-time mission as young as age 19 or anytime thereafter, as long as they do not have dependent children at home, and serve for 18 months. Whether or not a person goes on a mission is a personal decision for the individual to make after thoughtful consideration and prayer, though there is a greater expectation for young men to serve a full-time mission than for young women. Of the more than 80,000 missionaries currently serving, about 30 percent are women.

As for education, some leave shortly after graduating high school, while others get a year or two of college under their belts before leaving and then pick up where they left off when they get back. Many universities allow for deferred enrollment or a hiatus for missionary service, though sometimes missionaries need to reapply when they return.

In a broader sense, Mormons feel that we are all called to share the Gospel with others. As President David O. McKay put it decades ago: “every member a missionary.” We believe the scriptural injunctions to “open [our] mouths and they shall be filled” (Doc & Cov 33:8-10) and to “be ready always to give an answer to every man that asketh you a reason of the hope that is in you” (1 Peter 3:15). We also believe that living a moral, Christ-centered life is a type of missionary work, being “the light of the world” as Jesus taught (Matthew 5:14). President Dieter F. Uchtdorf of the First Presidency recently said, “One of the greatest sermons ever pronounced on missionary work is this simple thought attributed to Saint Francis of Assisi: “Preach the gospel at all times and if necessary, use words.””

Previous Why Spokane Needs to Attend the Parliament of World’s Religions
Next Americans don’t cite ‘God, family, country’ quite like the cliche goes