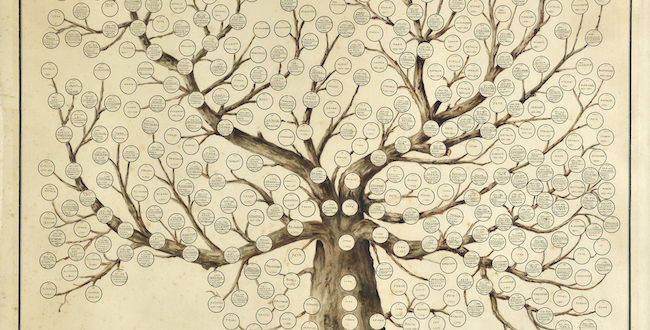 Ask A Jew: Where would you start your quest to find out more about your heritage?

As someone who found out he has many Jewish ancestors, where would you start your quest to find out more about your heritage?

A few years back, 23andMe was all the rage among Jews eager to learn about their ancestry. If I’m not mistaken, one of our local congregations— I believe it was Congregation Emanu-El — even organized a group discussion about the possibilities and limits of this new way of exploring family history. I’ve also heard Jewish friends endorse the very popular Ancestry.com, which rolls out the red carpet for Jewish users on a special page that touts the site’s partnership with “JewishGen®, the American Jewish Joint Distribution Committee (JDC), the American Jewish Historical Society and The Miriam Weiner Routes to Roots Foundation, Inc.” — whew! — “to create the world’s largest online collection of Jewish historical records.”

The aforementioned JewishGen has its own online Jewish ancestry thing going, and if you still need more options, check out About.com’s list of “12 Free Jewish Genealogy Databases Online.” To enhance the context for your search, also visit Judaism 101’s “Jewish Genealogy” page, which includes a helpful section called “Debunking Jewish Genealogy Myths.” (These include “No one in my family knows anything” and “The records were destroyed by Hitler; the towns don’t exist anymore.”) This page also helps you set reasonable expectations for your search and provides step-by-step recommendations.