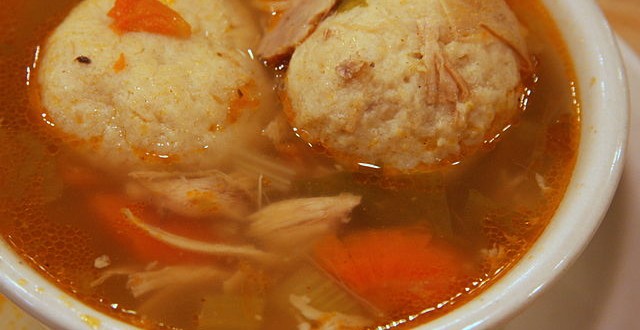 Ask a Jew: Where in Spokane can I find matzo meal for matzo balls?

Where in Spokane can I find matzo meal for matzo balls?

My fellow “Ask a Jew” writer, Hyphen Parent, answered your question as follows:

Safeway on the South Hill (on 29th) has a very small kosher section and usually has both boxed matzah and matzo meal year-round. You can also order it online which is often the best bet for kosher items in the area. Anyone looking for matzo meal would have much better luck around Pesach, though.

I would add that you can make matzoh meal simply by pulverizing matzoh. Specifically, “You can whiz pieces of matzo in the food processor until very finely chopped. A coarser texture will be better for things like meatloaf, while a finer texture is a better choice if you’re going to tackle some matzo-based baking.”

Previous Passing Through Abundance and Freedom in the Fiery Moon
Next Advocating, Life, Choice and Realistic Solutions Detours in life: God’s invitation to an adventure

This winter, on our first day in Kauai, we needed to take a bus to get our rental car, which was an hour away. Luggages beside us, we waited for the bus to arrive. It was a 30-minute wait, and we got to enjoy some warm weather that contrasted greatly to the -4 weather in Pullman.