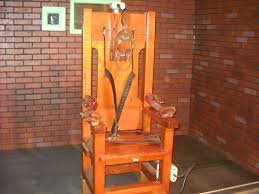 Ask a Jew: What’s your view of the death penalty? Part 2

This part 2 of a series. Read part one.

How does your faith view the death penalty?

Here’s what Rabbi Louis Jacobs, a major 20th-century Jewish thinker, had to say on the subject of Judaism and capital punishment: “[T]hroughout the Talmudic literature, this whole subject is viewed with unease, so much so that according to the rules stated in that literature the death penalty could hardly ever have been imposed.” He points out that rabbis of old could not have flatly prohibited capital punishment, since Leviticus 20 clearly authorizes it in some cases. Jacobs adds, however, that an “in theory, not practice” approach to the death penalty continued for centuries. In practice, safeguards were established so that people were rarely, if ever, put to death. When Israel came into being, “it was eventually decided to abolish capital punishment entirely except for treason committed in time of war.”

Maimonides, in his considerable wisdom, stated the following: “It is better and more satisfactory to acquit a thousand guilty persons than to put a single innocent one to death.” This sentiment rings as true for anti-capital punishment activists today as it must have for many people during Maimonides’ era. In light of contemporary cases in which people convicted of serious crimes are later exonerated, it shouldn’t be surprising that, according to the Pew Research Center, “[a]ll of the major Jewish movements in the United States either advocate for the abolition of the death penalty or have called for at least a temporary moratorium on its use.”