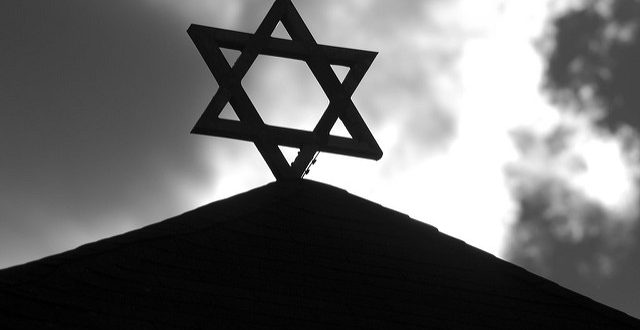 Flickr photo of Star of David by Patrick Lentz

Ask a Jew: What’s the Biggest Threat to the Jewish People?

What’s the Biggest Threat to the Jewish People?

The Forward recently published a “Rabbi Roundtable” in which 17 rabbis from diverse corners of the Jewish world weighed in on one big question: “What’s the biggest threat to the Jewish people?” Below are some of their ideas:

One of my favorite opinions expressed in the article is one of the hardest to summarize briefly. It comes from a Conservative rabbi, Scott Perlo:

I know why we ask this question — thousands of years of oppression will do that to you. I just wonder if we should keep thinking about the Jewish people largely in terms of what threatens us. After all those millennia, it turns out that we have a gift for survival. It isn’t that threats don’t exist, especially in this time of resurgent hatred, but I don’t doubt our longevity. …So my question is, can we think clearly about who the Jewish people should be, what the Jewish people could be, if our frame of reference is what threatens to end us?

I appreciate Perlo’s perspective because many Jews and Jewish organizations remain fixated on existential threats to Judaism. When I was 13, I received a pamphlet in the mail whose sole purpose was to convince me that if I married a non-Jew, I’d be harming Judaism — and perhaps even contributing to its demise. At the time, I regarded this pamphlet as outrageously manipulative propaganda. It was the ultimate guilt trip: Marry Jewish, it seemed to say, or you’re part of the problem.

Intermarriage has been the chief bogeyman in some Jewish circles for a long time now. Is Judaism still standing? Yes, though my non-synagogue-affiliated urban kibbutz in Seattle didn’t look look like my parents’ scrappy Reconstructionist congregation or my grandparents’ Conservadox Bronx shul full of European-born Holocaust survivors. The fact that American Jewish community and practice look different in 2017 than they did in 1950 is a good sign, not a death knell. Going forward, Jewish communities may find their energy is better spent contemplating how to make the future of Judaism vibrant rather than wringing their figurative hands about existential threats.

That said, a few things are putting a strain on Jewish life in the 21st century. For example, even as the intermarriage rate continues to rise, many communities still aren’t sure how to welcome interfaith families, and the matter can be especially tricky if the non-Jewish partner is religiously observant. In most Jewish communities, when a Jew is married to someone who is non-Jewish and nonreligious, the couple is expected to raise their children exclusively Jewish. When, as in my case, one partner is a secular Jew (me!) and the other is religious but not Jewish, things get more complicated.

Many rabbis, and plenty of Jews in general, see interfaith marriage as a direct threat to Judaism if the kids aren’t raised exclusively Jewish. For me and my wife, the choice is clear: We must introduce our son to both Jewish and Lutheran traditions, since our family includes both. Maybe the real threat to Judaism — even if it’s only a limited, minor threat — is how difficult it is for some Jewish communities to help interfaith families feel like they truly belong.

The problem usually isn’t born of any malice; communities may simply not know how to reach out effectively. On an optimistic note, I think more Jewish communities than ever before are doing the work that’s needed to bring interfaith families more fully into the fold. This work includes creating events specifically geared toward the interfaith demographic and a concerted effort, overall, to tone down or eliminate old attitudes of disapproval.

Another potential threat to Judaism: It can be hard for large, conventional Jewish communities to make Judaism feel highly relevant to Gen X, Gen Y and millennial Jews. This, of course, is a problem many faith traditions are facing: How do we attract, and keep, the young’uns? Still, not every religion goes back as many millennia as Judaism, or has been persecuted as harshly. Consequently, the pressure to “keep the faith” is on the intense side.

Having attended my share of cozy, social justice-themed Passover Seders and experienced the joys of a small Jewish community unaffiliated with any formal Jewish movement or synagogue, I can attest to the fact that taking a “boutique” approach to community can pay huge dividends. Members feel known and heard. They can have a real influence on the life of their community. They don’t need to shoehorn themselves into a big, one-size-fits-all group that doesn’t actually meet their needs.

In some cases, chavurot (smallish special-interest groups, either independent or sponsored by a synagogue community) can cultivate Jewish community experiences that are appealing to, say, artsy twenty-somethings, young parents or interfaith families. In Spokane, the relatively new SpoKehilla and JVillage groups seek to provide engaging Jewish social circles for young adults and parents of young kids, respectively.

One last potential threat is also not unique to Judaism: the loss of the middle. Just as American political thought seems to be tacking toward the extremes, there appears to be a decreasing amount of space in the center of Jewish life and politics. In Jewish media, much has been made of Conservative Judaism’s so-called identity crisis, not only because its numbers are falling but also because Reform Judaism has carved out a niche as the progressive wing of American Judaism, and Orthodox Judaism represents reverence for tradition, leaving Conservative Judaism to stake out a territory that can seem paradoxical: tradition and change. How will the Conservative movement manage the tension between these disparate ideas in the years, and decades, to come? Can an American Judaism with a shrinking center maintain any real sense of cohesion? And, ultimately, how important is a sense of cohesion to the future of the tradition?

On the political side of things, Israel/Palestine often feels like the most contentious issue in the Jewish world. Israel’s staunchest Jewish supporters and harshest Jewish critics may express disdain, or even disgust, for one another. In the process, they may question the authenticity of each other’s Jewishness — which is rarely, if ever, a productive use of anyone’s time.

Like the other problems I’ve described, this enmity may not, on its own, pose an existential threat to Judaism. However, it could continue to chip away at whatever degree of empathy and mutual understanding religiously and politically diverse Jews still have for one another. As Rabbi Sirbu noted in the “Rabbi Roundtable,” Jews today may feel less like they’re “all part of one big messy family” than their parents and grandparents did. I suspect one way to move back toward the one-big-family vibe is to focus more on listening to “the other side” than on making our own views known. Easier said than done.

As Rabbi Perlo observed, we Jews “have a gift for survival.” Speculation about what might finish us off may constitute a Jewish tradition of its own at this point, passed faithfully from generation to generation. But that doesn’t mean it’s healthy to remain so preoccupied.

Rabbi Timoner posited that we as a people labor under “a misapprehension of what will make us safe.” No matter how dear tradition may be to some of us, no one can prevent change from happening. As Judaism evolves to meet the needs of 21st-century Jews, the oldest Torah stories and the newest theological and intellectual frameworks can inform each other and keep our tradition fresh for yet another generation to wrestle with and make sense of.