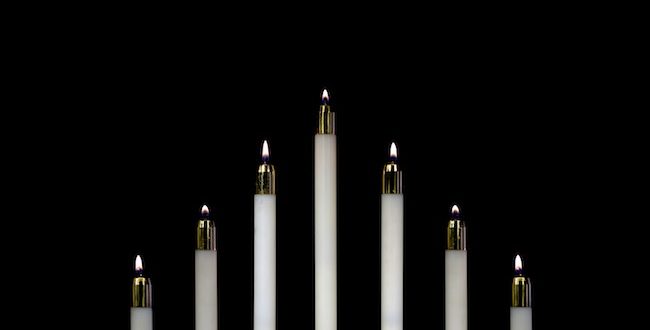 Photo by Josh Applegate on Unsplash

Ask A Jew: What helps you on your spiritual journey?

What helps you on your spiritual journey?

That is a terrific question.

Here are six things that seem to help me:

One of my all-time favorite film critics, the late Roger Ebert, once remarked that “the movies are like a machine that generates empathy.” I think of that comment not infrequently these days, as empathy appears to be in desperately short supply. I recently watched the Oscar-nominated film “Three Billboards Outside Ebbing, Missouri,” and I was struck by how writer-director Martin McDonagh threaded the theme of grace and forgiveness through what is, nonetheless, a violent tale filled with profanity. The movie is about angry people driven to desperation who have choices to make that could determine their earthly fate but also, if one believes in such a thing, the trajectory of their souls. Several characters do bad things or at least don’t seem to be doing their best to help others; most of them redeem themselves, if only partially, by tale’s end. Whether Frances McDormand’s Mildred and Sam Rockwell’s Jason (both actors won well-deserved Oscars for their fantastic performances) are off to do God’s work or the devil’s at the film’s conclusion is a matter for discussion, but one thing’s for sure: I had empathy for nearly every character by the time the closing credits rolled. Over my many years of identifying as a cinephile and hungrily consuming movies of all sorts, cinema has been a critical part of my spiritual journey, particularly when it comes to walking a mile in other people’s shoes, figuratively speaking.

My wife is awfully good at reminding me to be as complete a human being as I can be. And that’s fortunate, because I, like innumerable boys and men, have been socialized to keep aspects of myself hidden — especially the messier emotions, like sadness, and traits like vulnerability, sentimentality, nurturing, and so on. In less than five years of marriage, I’ve gotten noticeably better at communicating more directly and learning how to identify and express my own feelings. You’d think these things would be easy for someone who prides himself on being sensitive and thoughtful and had an emotionally expressive father. But it took marrying someone who places great value on emotional honesty for me to really dig in and make serious headway. Self-knowledge is a linchpin of many spiritual paths, and being open to experiencing my feelings — including the inconvenient, unpleasant ones — has moved me into a new stage of my development as a healthy person, increasingly at peace with life’s challenges and grateful for the many good things that surround me.

My toddler son has inspired and encouraged me to be silly, take myself less seriously, songify conversations about everything from poop to stuffed animals, trust my own ability to care for others, and keep things in perspective. Hearing and seeing him laugh is lovely; even better is witnessing in his behavior the growth of values like empathy, compassion, a love of animals, and a nurturing kindness. Parenting helps keep me humble, and not just through chronic sleep deprivation, though that plays a role. Raising a child means giving up the fantasy of unrestricted freedom — the false notion that before parenthood I could do whatever I wanted whenever I wanted — as well as the related fallacy that such freedom directly correlates to happiness, or even contentment. Do I have as much time to myself as I used to? No, indeed not. Do I treasure the time I do get to spend alone much more than I ever did before? Unquestionably. And for a lifelong perfectionist like me, the messiness of parenting forcefully counterbalances my tendency to want things just so. That inclination was never very healthy; that it’s much harder to sustain now only aids my effort to mature spiritually.

Being in relationship with people, and maybe especially with people different from me, can be another “machine that generates empathy.” Spokane is both the most politically conservative and the most culturally Christian place I’ve lived. Since moving here from Seattle in 2011, I’ve met, sparred, and occasionally found common ground with conservative evangelicals and Trump supporters, despite my deep-seated progressive worldview. Once you’ve gotten to know people beyond and beneath their bumper-sticker statements of allegiance — once you’re in some way a meaningful part of their lives, not just a firebrand trolling their tweets — it’s awfully hard to dismiss or dehumanize them. Though perhaps too much time spent on Twitter works against my positive spiritual development, I’ve learned valuable things from both my in-person and online relationships with people whose politics and/or theology stand in stark opposition to mine. The brief satisfaction of razzing someone on the web pales in comparison to the education you can get by emulating former Westboro Baptist Church member Megan Phelps-Roper, whose TED Talk remains one of the best I’ve seen, and genuinely attempting to cultivate empathy for your “enemies.” About this practice, Phelps-Roper says:

Easier said than done? Of course. But it’s still worth a try, provided you feel up to the challenge.

For a long time, I had a mindfulness problem. Dilemmas, and really any difficult decision, would paralyze me; anxiety would overtake me. I would lose whatever connection I might have had to my intuition, and I’d flail, struggle, suffer, avoid asking for help, and procrastinate until I absolutely had to make a decision. Then I’d figuratively throw a dart, gnash my teeth, and collapse wearily. Not fun, I assure you.

In 2006, I took a class on Tibetan Buddhist meditation while living in the Park Slope neighborhood of Brooklyn. To say it was life-changing would be accurate, even though I don’t maintain a meditation practice today. That class taught me something that my previous spiritual education, such as it was, had not: the concept, but more importantly the practice, of mindfulness. By letting anxiety run roughshod over me, I experienced attachment to certain places, moments, and people and aversion to others. I wanted, and felt like I needed, to control things I couldn’t control. Ordinary noises, like the faint sound of a TV in the apartment next to mine, distracted me until it seemed like all I could do was fixate, helplessly, on the intrusive sound.

I’d probably be better off in my present-day life if I meditated regularly. However, from a Buddhist perspective (and in general), self-flagellation isn’t productive. I think the lasting lesson for me from my days of Buddhist spiritual learning is that we benefit from noticing our minds’ habit of getting stuck and then gently, but firmly, redirecting our attention to the present moment. Even the elementary technique of pausing and taking a deep breath, which a toddler can learn, can have a surprisingly powerful, and positive, effect.

As a secular Jew, I don’t turn to Judaism for spirituality. However, a number of fundamental Jewish values line up with my core beliefs, and Jewish tradition was a vital part of my upbringing in the progressive Reconstructionist movement. Particularly in my role as director of Spokane Area Jewish Family Services, I feel meaningfully integrated in our small, tight-knit Jewish community. For nearly three and a half years, my life has been increasingly intertwined with those of my fellow Inland Northwest Jews. When something affects this community, like hateful flyers posted downtown or a scholarly forum on anti-Semitism, it affects me personally. The word “spiritual” isn’t generally the word I’d use to describe my sense of connection to my community, but I think it probably fits. Because the interconnection of all people (and, really, all living beings) is to me a decidedly spiritual concept, and the easiest way to experience our essential interrelatedness is to be part of a community. I may not worship at religious services, but I weep when a community member I knew well passes away; I cheer when another gets engaged, or wins tenure, or publishes a book. Looking beyond myself for meaning, and finding it, is the essence of community, and I think it’s a key part of my spiritual journey as well.

Previous Christians must hold their leaders accountable
Next Fun and games at Dads and Dudes Night, May 12