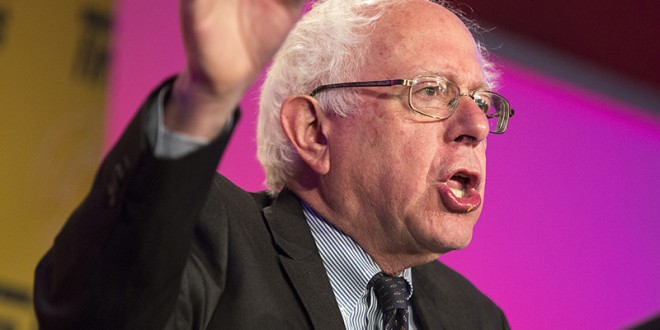 Ask A Jew: What are your thoughts on Bernie Sanders?

Ask a Jew: What are your thoughts on Bernie Sanders, the first Jew to make this far in a presidential race?

That’s a great question. I think some American Jews would have preferred former New York City Mayor Michael Bloomberg as the first Jewish candidate for president with a real shot at the nomination. Others might have wanted Joe Lieberman, who could have realistically vied for the presidency if the Supreme Court hadn’t redistributed Al Gore’s 2000 election victory to Dubya. But I digress.

I agree with some of the criticism of Bernie, such as the question of how someone as progressive as he is could hope to work in any productive way with a Congress that’s unlikely to fill up suddenly with socialists and Green Party members. I like some of Bernie’s ideas, such as this:

Mainly, I recognize that in a country dominated by white Christians, minority groups won’t always love the first viable candidate to hail from their particular demographic. Not all black people were over the moon about Obama; not all women are thrilled about Hillary. I’d wager not all Latinos are Cruz or Rubio supporters.

All in all, I’m glad we have a Jewish candidate who’s a genuine contender. I think it’s pretty long overdue, considering how influential Jews have been in so many other aspects of American life. Bernie also serves as a welcome counterweight to political macher Sheldon Adelson, a recent article about whom (in the Forward) nearly made me, a bleeding-heart liberal, throw up in my mouth a little.

Previous U.S. is a land of plenty, so why do millions of Americans still go hungry?
Next Upcoming Gonzaga Lecture to Examine Irish Communities in New Orleans