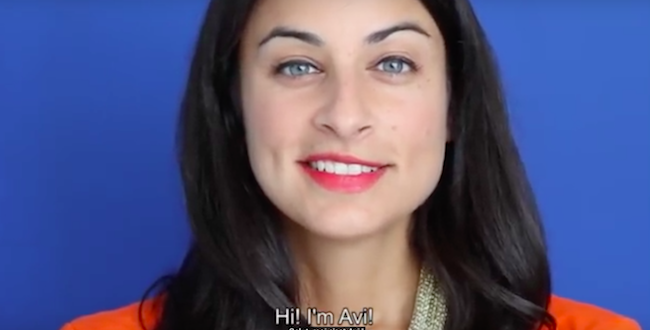 Avi Does The Holy Land/YouTube

Ask a Jew: Is the term “Jewess” ever appropriate?

Is the term “Jewess” ever appropriate?

A Christian friend recently asked me this after she came across the term in a Bible study resource (apparently in reference to Ruth and Esther). Without doing any research, I knew “Jewess” is outdated at best and offensive at worst, though I wasn’t sure precisely why. I also knew that some female Jews self-identify sardonically as Jewesses — perhaps most famously Ilana Glazer of the postmodern sitcom “Broad City” and Avi Schwartzberger, who created and stars in the satirical web series “Avi Does the Holy Land.” Schwartzberger refers to herself, in the “About” section of her YouTube page, as “a Canadian Jewess who came to Israel on a Birthright trip, and fell in love with the HOLY LAND.”

Last year, Tablet published a roundtable discussion on the subject of when, if ever, “Jewess” can be used nowadays. In his introduction, the magazine’s editor at large, Mark Oppenheimer, provides examples of when Jews might get away with using the term:

There’s a time for a dad to say, referring to his daughters, “Nope, no sons—just four little Jewesses.” Or for a fan of Broad City to say, “Those are two hilarious Jewesses.” … In these cases, a Jewess is obviously a good thing. She is loved. Revered, even.

Oppenheimer claims that “Jewess,” used in this way, actually repudiates stereotypes related to Jewish women, such as the Jewish American Princess or overbearing mother. It’s also worth noting that the Jewish Women’s Archive keeps a blog called “Jewesses with Attitude.” However, even a cursory Google search suggests that non-Jews should steer clear of using the term unless they are, for example, quoting Acts 16:1 from the King James Bible (“Then came he to Derbe and Lystra: and, behold, a certain disciple was there, named Timotheus, the son of a certain woman, which was a Jewess…”).

I still haven’t explained why “Jewess” is, or at least can be, offensive when used outside of specialized contexts. One of the participants in Tablet’s roundtable, Rebecca Boggs, offers up a few potential reasons:

The intent may not be to diminish, but calling me a “Jewess” serves to distinguish and divide—female from male, Jewish from not Jewish—in ways whose impact may well be to mark me as “other” or “less-than.” … Few people may think of Gilda Radner in the SNL parody ad for Jewess Jeans—but the Jewish American Princess/JAP stereotype it plays on has yet to disappear entirely.

When it comes to being offended, no explanation tends to encompass more than a small fraction of Jews. What offends my fellow Jews may not offend me, and vice versa. But the TL;DR on “Jewess” is pretty clearly: Don’t use it if you’re not a female Jew.