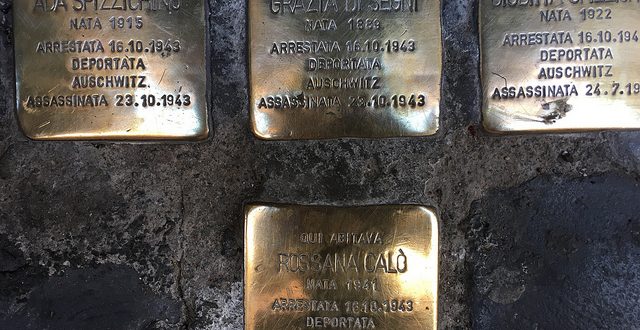 Ask A Jew: Is it worth arguing with a Holocaust denier?

Is it worth arguing with a Holocaust denier?

A conversation I had recently raised a question that seems very relevant to our politically polarized, extremism-plagued times: Under what circumstances is arguing with a Holocaust denier a lost cause? Or is it always worthwhile, even if it ultimately doesn’t change the person’s mind?

When I posted this question in a Facebook status update, the responses I got varied widely. I’ll include several of them here:

One of the commenters recommended Megan Phelps-Roper’s excellent TED Talk about growing up in the Westboro Baptist Church and eventually finding her way out. I recommend it as well, since it provides remarkable insight into the psychology of someone raised on hate and what it takes for such a person to unlearn it.

The answers my question received break down pretty evenly between optimism and pessimism. Personally, I don’t feel especially optimistic about arguing with a Holocaust denier. Once you’re struggling to convince someone who the gas chambers were a real thing, on some level you’ve probably already lost.

On the other hand, as long as you feel safe confronting a Holocaust denier, I imagine there isn’t much harm in pushing back. As several people noted in the comment thread, it may be unwise for a Jew to engage in such a confrontation, as Holocaust denial can be very upsetting to deal with, and maybe even traumatic for someone who has close ties to the Holocaust (as I do — my grandmother was in a labor camp, and she lost several family members in camps).

Phelps-Roper’s talk provides a compelling example of the principle one commenter described in the thread: “building those relationships up is the key to making these discussions not a lost cause.” Phelps-Roper found someone who didn’t give up on her simply because she had been raised to hate, and that person’s nonjudgmental curiosity about her eventually awakened her own curiosity about worldviews other than her own. That said, it may take some distance from the subject, paired with exceptional patience, to work effectively at helping Holocaust deniers unlearn their false and harmful beliefs.