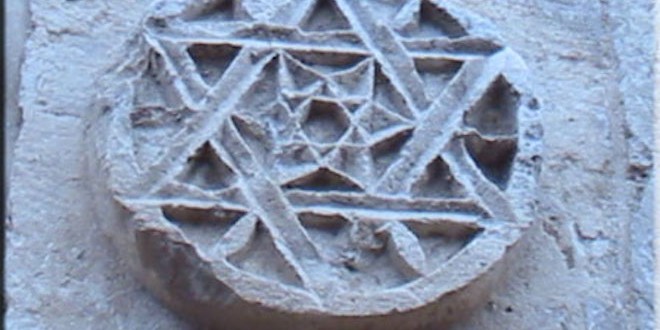 Ask A Jew: How is Judaism both a religion and a race?

I’m confused how Judaism can be both a religion and a race?

The first chart in Pew Research Center’s landmark 2013 report “A Portrait of Jewish Americans” suggests that approximately one in five American Jews (22 percent) is not religious. Most of the Jews I know are Conservative, Reform, Reconstructionist, or secular. Nearly all of them would likely agree that it is possible to be a nonreligious Jew. Such Jews, like me, engage with Judaism in a social and cultural way: I attend Jewish community picnics, Passover Seders, and Purim and Chanukah parties. I go to memorial services. I appreciate the communal and cultural aspects of these events, but also the values that underlie them. However, when I attend Jewish religious services, I do not, to my knowledge, have a spiritual experience. Thus, I am part of the 22 percent.

There are reasons Judaism seems like a religion first and foremost in the minds of many, if not most, non-Jews. The 613 mitzvot, or commandments, are considered by religious Jews to have come from God. Religious Jews pray to God, consider God to be the creator of the universe, and tend to believe that their loved ones enter an afterlife when they die. Judaism as monotheistic Western religion is a known quantity, even to those who know little else about the Jewish tradition.

What about the Jew who participates in community service and/or social justice activism in the name of tikkun olam, the Jewish value that charges us with working to “repair the world”? If such a person doesn’t believe in God, is he or she not a Jew? Of course not. The same goes for Jews who practice tzedakah (charity) or gemilut hasadim (lovingkindness) because they consider it their duty as Jews and as human beings.

As to the second part of your question, Judaism 101 efficiently debunks the idea that Jews are a race:

Race is a genetic distinction, and refers to people with shared ancestry and shared genetic traits. You can’t change your race; it’s in your DNA. I could never become black or Asian no matter how much I might want to. Common ancestry is not required to be a Jew. Many Jews worldwide share common ancestry, as shown by genetic research; however, you can be a Jew without sharing this common ancestry, for example, by converting. Thus, although I could never become black or Asian, blacks and Asians have become Jews (Sammy Davis Jr. and Connie Chung).

If Judaism isn’t “just” a religion, if it isn’t a race, nation, or unified ethnic group, what exactly is it? Judaism 101 suggests that it’s a family, albeit a sizable one. As the site points out, Jews around the world may feel proud when an Elena Kagan or David Saperstein rises to prominence. They may feel shame when a Bernie Madoff defies the core values of Judaism, and indeed of human decency, and in so doing besmirches Judaism’s good name.

The kaleidoscopic variety of Jews worldwide is important to remember, but there does seem to be a kind of large-scale tribalism that binds us together. The question of whether particular local, national, or global events are “good for the Jews” or “bad for the Jews” still receives serious consideration in some circles, particularly when it comes to Israel. Even if the world’s Jews aren’t bound together by a truly common faith — and really, what people group on earth is? — there appears to be something intangible that binds us. If nothing else, we share a common history of persecution and perseverance. It’s difficult not to feel some degree of pride in having such deep roots, and in having come this far with our most important values intact.