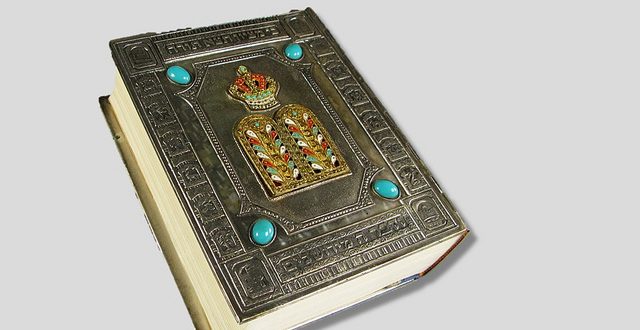 Ask A Jew: How do you deal with problematic passages in the Tanakh?

Ask a Jew: How do Jews today deal with challenging or problematic passages in the Tanakh?

I answered this question at least partially when a reader asked “Are there any biblical texts that you clearly understand to be not for our time?” a couple years ago. However, your question is a bit different, as you’re focusing more on how we as Jews confront difficult passages and less on what those passages are. I’ll try to modify my response accordingly.

At a Coffee Talk a while back, I somewhat mischaracterized a quote commonly attributed to Mordecai Kaplan, the founder of Reconstructionist Judaism, which is the branch I was raised in and still feel connected to. Here’s the actual quote: “The past has a vote but not a veto.” Before Reconstructionist Judaism began, Kaplan helped found the Society for the Jewish Renascence in 1920. One of this organization’s central tenets was the following:

We accept the halakha [Jewish law], which is rooted in the Talmud, as the norm of Jewish life, availing ourselves, at the same time, of the method implicit therein to interpret and develop the body of Jewish Law in accordance with the actual conditions and spiritual needs of modern life.

In these two Kaplan-related ideas are the seeds of my answer. Judaism is so old that it is foolish for any modern Jew to disregard its history entirely. Why throw away millennia of rich tradition? Why toss out values that resonate today at least as profoundly as they did many centuries before Christ was born? That said, giving the past — i.e. our past understanding of Judaism — a veto would land us in Orthodox, and quite possibly ultra-Orthodox, territory. I believe not all Jews are meant to live there.

I understand Judaism personally as a tradition rooted in a few core values. These include tikkun olam (repairing the world), gemilut hasadim (lovingkindness), and hachnasat orchim (welcoming the stranger). When we fulfill these mitzvot (commandments) — even though tikkun olam isn’t one of Judaism’s “original” 613 mitzvot — we enrich our own lives and others’ lives as well. Jewish law may indicate that I should keep kosher and avoid using electronics on Shabbat, but at this stage of my life those rules simply aren’t meaningful to me. When I lived in a house that maintained a kosher kitchen and where half the household’s members observed Shabbat, they mattered more.

I guess the most honest answer to your question is that, like most humans, I like to think I’m learning more about what’s important to me as the years pass. Vegetarianism is important to me. Humane treatment of animals is important to me. Equality for LGBTQ people is important to me. Not insulating myself from the suffering of people who are dealing with poverty, mental illness, and other serious struggles is important to me. I respect other Jews’ adherence to Jewish law, but what the Tanakh says has a vote in my life, not a veto. Sometimes its vote is overruled by other principles that matter more to me.